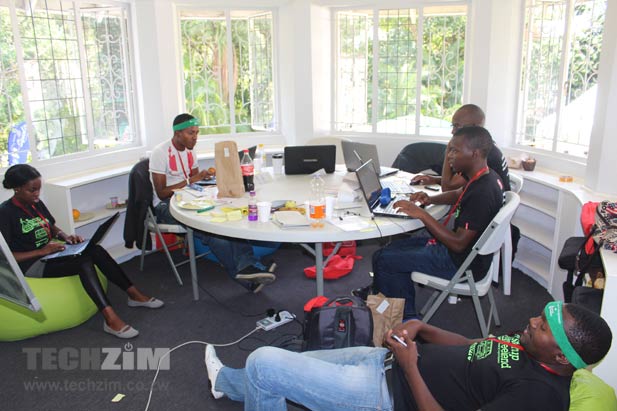 Innovation. Disruption. Original. These are some of the buzzwords in the entrepreneurship arena that every player wishes to be associated with. There have been several new ideas that came in and shook up their respective industries from Apple with the first most adopted graphical user interface computer to Uber destroying the taxi industry in several countries. Most of these companies virtually do not exist in Zimbabwe and local opportunists see gold mines in these spaces.

If China can do it…

The copy-paste business model can work in some instances if done right (hie www.freshinabox.co.zw). Some just seem to never take off leading to situations where we end up with Kwese decoders becoming door-stops in our homes. One nation that excels at copy-pasting is China. The entrepreneurs there have great support from the government which tends to just ban any platform that does not give personal data access to them for surveillance. This has led to giants such as Baidu, Youkou and WeChat rivalling Google search, Youtube and WhatsApp respectively.

Adoption in China is quite high and besides the aforementioned advantage presented by the Chinese government, China itself has a population of 1,4 Billion. That’s nearly 20% of the total global population subscribing to common cultural views and sharing a common pool of problems to solve. Local entrepreneurs look at China and declare that if China can do it, so can they too.

We’ll be looking at some of the most successful and disruptive businesses and assessing what needs to be done to duplicate these multi-billion-dollar enterprises in Zimbabwe.

First up on our list is the behemoth that is Google’s search service which has become a verb in itself. Several smaller companies have already created search engines of their own to try and chip away at Google’s market share. Russia and China each have Yandex and Baidoo respectively providing local search services. Creating one’s own search engine is now even simpler given the publicly available BOSS search API from Yahoo that also provides pre-indexed data.

Why has nobody created ZimboSearch (I’m headed to the registrar after penning this article) and started a localised search results provider? With a partnership from Chinese mobile phone manufacturers, one can easily get included in the default search engines list on Huawei phones for example. The major challenge to overcome is the very little data to index in the first place. The legal community has been exceptional in bringing their data online. The other notable sector is local news with several websites that you can crawl for search results. Outside of that, no information from other sectors exists on a massive enough scale in Zimbabwe.

There is a large gap in areas such as education, eCommerce (more on this later), language translation and jobs. If one is to invest in creating a local search engine, they may also need to engage content creators to eventually provide meaningful search results.

If this platform was to become zero-rated in a deal with MNOs then its chances of success would skyrocket. You will not be able to open specific websites but you can display previews of the websites similar to what Google does with its AI. (Please do not steal my idea.)

Youtube is the king of video content rivalled by no other on the planet, well except maybe those video platforms that are illegal in Zimbabwe. The challenge with setting up a video streaming service in Zimbabwe is also content just like Google Search above. There are several prominent local Youtubers like Bus-stop Tv.

This is the part where it gets tricky; these channels cater for a majority of people who do not have access to internet data at all. Those of us who are a majority of Youtube’s users tend to look for product reviews, music videos and tutorials. There are product review channels in Zimbabwe but getting music videos on the platform will need deals with artists and their recording companies. The recording companies will not be quick to want to share revenue with yet another outsider, despite them not having the skills and finances to create a video and music streaming platform.

Econet managed to set up a deal to get music on their Buddie Beats platform because it’s Econet. We, however, cannot rely on Econet to penetrate every market and some in the general public are of the opinion that Econet rips people off of their ideas (although nobody has ever followed through with a strong court case so just rumours maybe?) so no partnership deals on the table I guess.

Econet took one look at WhatsApp and gave birth to Sasai. They have done it all, providing a free alternative with cheaper mobile data too compared to its rival. Why Sasai has not taken off is quite simple; it needs to be international. I personally have loved ones in South Africa, The United Kingdom and Australia. I need to communicate with them but they do not download Sasai because they also have contacts in the countries they’ve settled in they need to chat with. We all opt to use WhatsApp as it is the platform everyone else uses. No need to have two apps that do the same thing when one does it very well.

WeChat has been successful in China because the quality of life there is very high, leading to few migrations. The local Chinese folk have few people they need to connect with outside China. From Zimbabwe, we have an estimated 2 million people living in South Africa, Australia, The United Kingdom and other territories. The idea of a local chat platform should have stayed an idea but Econet decided they want to spam our SMS inboxes with marketing campaigns.

Oh, does anyone remember Magaya’s Let’s Chat? I wonder what happened to it…

Econet yet again! Well, in this case, they were not first. There was even a small uproar from Hwindi who claimed Econet stole not only their idea but the designs of their platform as well. Uber all but destroyed the taxi industry as mentioned before. Hwindi sort of existed as a ride-hailing service although very few had heard of it before Econet brought us Vaya.

Ride hailing in Zimbabwe is not taking off because the majority of us without cars rely on cheaper public kombis (and the aptly named mishikashika). Most of us only use taxis when we want to impress girls, are carrying a lot of luggage or when we need a ride in the later hours of the evening (because we let our dates go on till late). The few who can afford a ride-hailing or ride-sharing service already have cars to begin with and Vaya/Hwindi have not given us any incentive to leave our cars home.

Now that I think of it, I have never seen a job post from Econet anywhere (those annoying Sasai agents do not count). To create a massive job-seeking platform you need to partner with companies, connecting them with a pool of talent they can recruit from. iHarare Jobs, Vacancy Mail and Jobs Zimbabwe are the three top platforms that already exist but a larger portion of the jobs they post are from NGOs only. There is no variety to speak of.

Another major challenge to overcome is nepotism, which often leads to jobs being advertised on very few platforms for the sake of procedure.

Zimbabweans are also a very old school and traditional people. During the period between 2012 and 2015 when cash was easy to obtain, people would withdraw money from a bank just to go and spend it at OK or TM. Most major banks already supported Zimswitch. That feeling of handling real notes that translates to having actual money was not easily overcome. Such traditional practices also apply to shopping, where people would wish to walk down an aisle, comparing prices.

One may think the adoption of eCommerce platforms will have a larger dependency on internet data usage. The majority of people who purchase groceries in most households do not understand the internet and cannot spare the income to buy internet data. To make these platforms successful, there will have to be significant strides in infrastructure development and technology adoption, right? Well, I have a counter-argument.

Several major grocery dealers in South Africa provide printed catalogues you can browse through at home. Each product in a catalogue will have a unique reference number and you can note these down to pick products you wish to purchase (Avon people already know what I speak of).

You can then send this list, together with a delivery address to a merchant using WhatsApp. After payment is made through mobile money platforms, you get your order delivered to you within a few hours. (Again, do not steal my million-dollar idea please.) This is not a traditional eCommerce platform but a step in a similar direction.

Those are just some of the major platforms that most people often think to copy in Zimbabwe. What they do not have however is the intimate knowledge of these platforms that can be the guarantee of success or failure. There are other major industries to look into but we must cut it off here lest you end up stealing more of my awesome ideas.

As they say, the devil is in the details. Ideas are a dime a dozen, but market feasibility, as well as ability to implement is another thing altogether. There are many tombstones of start-ups that tried to do what you are saying and failed. Just because an idea goes big in a particular country or community, it doesn’t mean it will do the same in another.

There are hundreds if not thousands of entrepreneurs trying to set up Google, Facebook, Whatsapp and Youtube alternatives, and failing to even scratch the skin on the behemoths you talk about. And by the way, all of those were not the first in their spaces either, they just did it better. So it’s not the ideas, but the implementation that matters.

Yes; a lot of times, people read the story of coding in a dorm room to billionaire. They forget that these platforms provide real products and services and the reason they went big was that they happened at the right time.

Zimbabwe has no world class entrepreneurs (there only one or two exceptions). Simpuru.

Some have been tried before.
On the Google side Search Zimbabwe (search.co.zw) was working on that path in 2015 but I suppose not much traction since.
Im also reminded of shanda.co.zw they also just disappeared.
https://www.techzim.co.zw/2017/02/shanda-local-startup-trying-address-zimbabwes-unemployment-online-freelance-platform/amp/