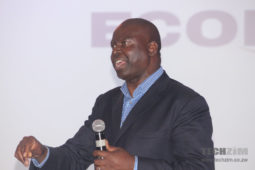 The court documentation filed by Econet as part of their Urgent Chamber Application to temporarily suspend the Magistrate Court’s decision to issue a Search and Seizure warranty to the ZRP makes for interesting reading.

Econet Wireless’ Chief Executive Officer, Douglas Mboweni has a written statement that is part of the Urgent Chamber application and in that statement the CEO argues that the state is using its powers to interfere with the rights of subscribers;

There can be no doubt that individuals and the society suffer at the hands of criminals. But there can also be no doubt that in the absence of a system of limits which limits state power by protecting substantive rights like the rights to privacy and the rights to dignity, individuals and society will suffer at the hands of the state and its officials.

The issuance of warrants of search and seizure is one of the tools that has been used by the state and its officials to unlawfully interfere with the rights to privacy and rights to dignity.

The Econet CEO also described the facts relied upon by the 2nd respondent (Mkhululi Nyoni – Head of CID Asset Forfeiture Unit) as “ridiculous” and not enough to justify the Magistrate Court’s decision to issue a search warrant. Mboweni says this is the case because;

The above points are made on the basis that Nyoni gave the following statement when requesting the Search and Seizure Warrant;

I have reasonable grounds to suspect that Econet Wireless (Pvt) Ltd is involved in Money laundering activities in violation of section 8(1) (a) (b) ARW section 8(6) of the Money Laundering and Proceeds of Crime Act (Chapter 9:24). 3. On 9 July 2020, information was received to the effect that during the period extending from 011anuary 2020 to 30 June 2020, ECONET WIRELESS (Pvt) Ltd and as subsidiaries have been fraudulently creating and issuing non-attributable and non-auditable individual subscribers merchants billers and agent which they credited with huge sums of money and distributed to thee runners through their trust accounts. The runners would in turn buy foreign currency from the black before being externalized.

Mboweni goes as far as saying that Nyoni “did not apply his mind in coming to the suspicion that Econet is involved in the alleged crime.”

Lastly, the CEO also argues that the search and seizure warrant isn’t speficic enough in the following regards;