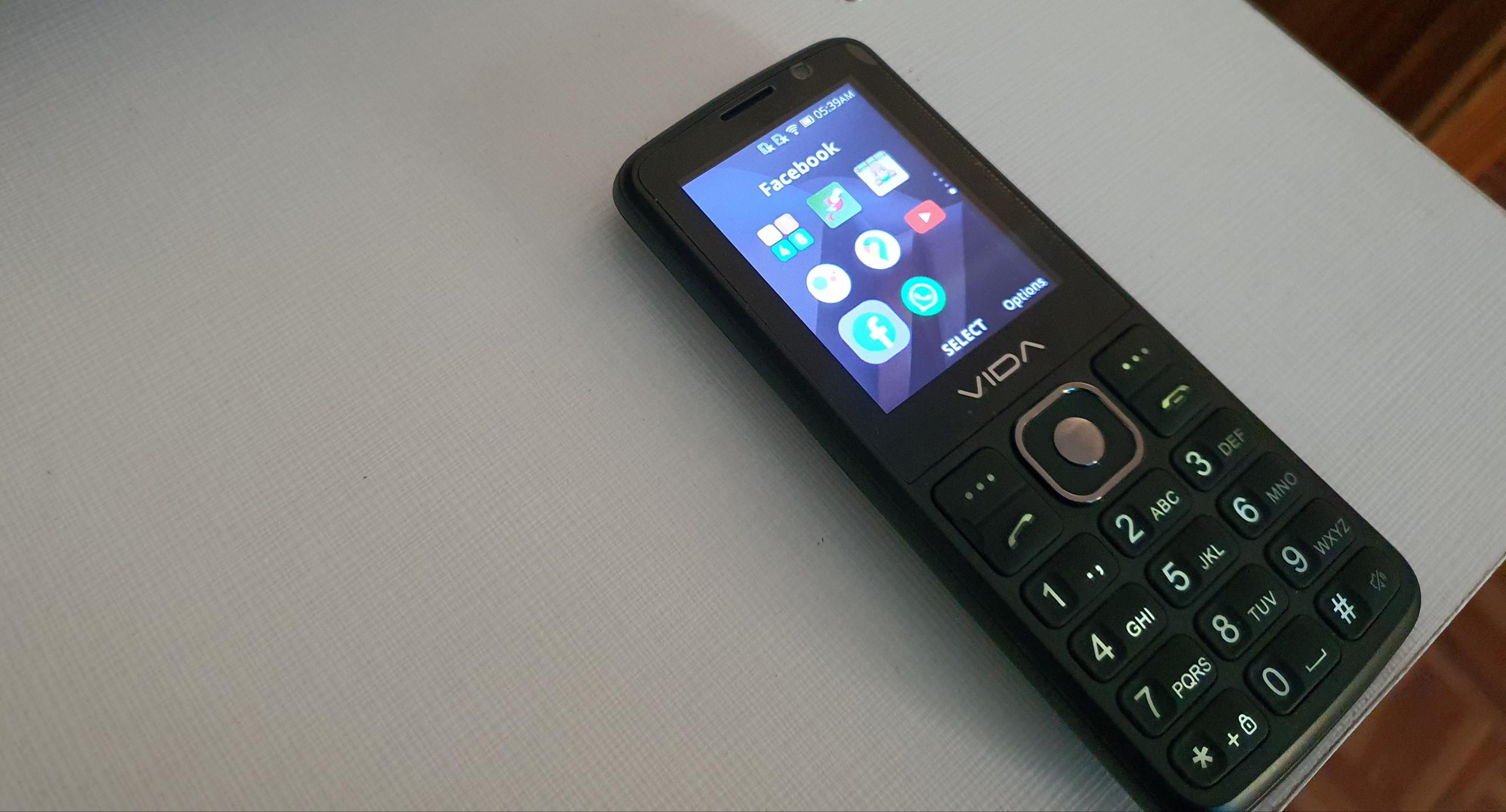 A few weeks ago, we bought the Kai OS device Econet is selling and marketing as the Smart Kambudzi. The device is aptly named because despite looking like a basic feature phone, the Vida Atom 3G (its real name) can actually do a number of smart things including accessing your favourite apps but more on that later.

Who is this phone for?

After using the Smart Kambudzi for a few weeks, I can see 2 target audiences;

The marketing around the phones revolves heavily around the availability of the most popular social media and messaging apps on such a basic phone. You have, WhatsApp, Facebook, YouTube and Twitter on the Vida Atom 3G.

Whilst WhatsApp on a US$30 device is game-changing in theory in practice and in my experience, it didn’t work out so much. In fact WhatsApp didn’t work at all. The application is preinstalled but when I tried to setup WhatsApp on the phone it flat out refused to work.

My case seems like an error because the WhatsApp process would freeze up in the initialising phase and the account wouldn’t be created. Truth be told I’m not sure if this was unique to my device and whether other buyers of the phone are going through the same thing. Either way for me that was an experience breaking thing since the most important thing about this phone (for me at least) is the fact that there’s WhatsApp.

Outside of the WhatsApp issue, the rest of the applications worked like a charm. Facebook works, though the screen feels a bit too small for the busy FB interface.

Surprisingly, YouTube was actually really serviceable and watching Jah Prayzah and MKBHD videos wasn’t a pain. The speakers on the phone are pretty good which makes that experience bearable.

Twitter is less busy compared to FB and is, therefore, a decent experience but I wouldn’t necessarily recommend the phone for the social media experience – if WhatsApp worked I would probably have a different experience but on my unit, it didn’t so here we are.

The application which most impressed me though was Google Maps and Google Assistant. Yes, Google Maps. The Vida Atom 3G has GPS and thus you can use the tiny phone for your navigation needs and it was pretty accurate. I didn’t see much of a noticeable difference from the positioning on my Note 10 when sitting down but when moving around the Note is better. Does that matter? I don’t think so since the Note costs 30x more than the Smart Kambudzi.

Google Assistant on the phone works pretty brilliantly. I’ll add the disclaimer that I don’t use Google Assistant on my regular phone so it can probably do more than the Vida Atom 3G. Long pressing the x button brings up the Google Assistant which allows you to search or set up tasks using your voice. Just speak to the assistant in a language it recognises and you can check the weather or search for other things using voice prompts. You can also open apps and turn on the torch which proves that the integration is pretty good.

The only downside I noticed is that Google Assistant doesn’t always work – sometimes failing to start or failing to record what you’re saying – it didn’t happen often enough to make me not use it all though.

Email was another troublesome application. The login process if cumbersome and even after logging in, I was still being asked to setup an account – which irritated me and made me abandon the process altogether. More patient users might be more successful

There’s nothing to say about the camera. Both the selfie and rear camera aren’t worth turning on. It’s a disservice to whoever/whatever you’re taking a photo of…

The battery life is certainly better than whatever smartphones offer which makes this a cool device for people in areas without electricity or those who aren’t fans of constantly charging their phones. I was using the device as a secondary device and it lasted me over 4 days on as single charge. I think for those who will use this more aggressively will get at least 2 full days on a single charge.

Without any speedtesting apps to actually test just how fast the phone is when connected to WiFi or on 3G networks. The phone was pretty fast on both connections. It’s noticeably slower than a smartphone but smartphones are more powerful and probably have better network modems so that’s to be expected. YouTube videos didn’t buffer and the only application which took a noticeable time when loading was the Facebook app – or maybe I just don’t like FB…

As expected with phones of this type – it can take a beating. It’s pretty durable (unlike a smartphone) and I’ll be surprised if you can break this. There is one thing that irritated me in relation to the build quality of this phone. The back has a carbon-fibre like a pattern but instead of making the phone grippier – it makes the little bugger far more slippery than it needs to be if I’m being frank. Maybe with extended use, this pattern will wear out and become more grippy but in my use, it felt pretty slippery.

Overall the Smart Kambudzi phone is a pretty compelling package – it was just unfortunate that WhatsApp which is a key part of the experience didn’t work as advertised on the unit I had. Without WhatsApp functionality, I couldn’t help but feel the Vida Atom comes close to being the perfect feature phone but not close enough…

We will clarify whether this is a unit-specific issue or more users are going through it and update this review.

Also read, The 6GB mobile data advertised as part of Econet’s new phone is not guaranteed

Was most of your testing done with 3G or WiFi?

Most of the testing was done on WiFi, but when I did switch to 3G I didn’t see a noticeable difference to be fair. The 3G testing was suboptimal because we aren’t moving around a lot so it was mostly done in one place but again my experience was good

how about hotspot??? I think I need it jus to hotspot my other devices

Hotspot functionality is not available unfortunately. I’m not entirely surprised though – it’s a 3G device so it may not offer the fastest experience for such functionality

Hotspot is there on the phone , it is named internet sharing

I see memory and storage capacity has been left out? Who would take an interest without these specs.

Updated the article to include the spec sheet but to be fair I have my doubts that people looking to buy this are obsessing over specs. Heck, the average person looking to buy a smartphone doesn’t care about the specs. They just want something that works. Specs are for enthusiasts and I don’t think this is in any way an enthusiast device

The phone has a 2.4-inch display, 512MB of storage and supports a microSD card. It also comes with a powerful 1,500mAh battery that enables long and extended hours of talk time. There you go, didn’t take me long to complete the spec for you.

Thanks, updated the article to actually include the spec sheet. The storage is actually 4GB and not 512MB as previously mentioned

the phone works perfectly all round, the whatsapp , facebook everything. the speed of downloading apps surprised me, a few seconds after touching the download button the app is there. i actually got more than i anticipated from the much publicized smart kambudzi, welldone Econet. the only setback is my 6GIG data, am still waiting for it 3 weeks after purchase. hurry up please!

Glad to hear that the WhatsApp issue is unique to me. The 6GB data is one you’ll suffer to get. That’s not really fair because the target market for these devices cannot afford to be buying data to chase after data they should have in the first place

Whatsapp also refusing on the one I bought

Failing to activate data connection but with is wifi is okay