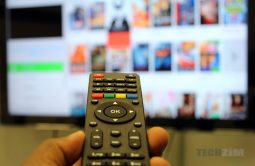 ZBC has been on the verge of digitisation for over half a decade now. Here at Techzim our first article on this issue was published on the 3rd of July in 2014. At the time, the article was written, there was a June 2015 deadline imposed by the ITU.

We (Zim) and many other countries in the region – including SA- missed that deadline. Fair and fine. In January 2016, we were told that Zim’s migration was 34% complete and the issue slowing down the process was a lack of funding. As already expected by then, we missed the 2016 March deadline. A new deadline was set. Mid 2017 was the new target.

Needless to say, that too was missed but this time there wasn’t much in the way of communication. The following year -2018 now- the government announced that the Broadcasting Authority of Zimbabwe (BAZ) would get $6 million for this project. Unfortunately, there was still $103 million needed and at the time we predicted at that pace it would take 5 more years to complete the project.

At the end of 2018, Government officials announced equipment necessary to complete digitisation was near completion. This was followed by an announcement in 2019 to the effect that digitisation would be complete by the end of the year. The year came and went and unfortunately, digitisation did not come to pass.

Sorry for the lengthy background but it was necessary to establish all this before talking about the most recent “update”.

What’s this year’s dose of propaganda?

Now we are in 2020, and the mid-term budget review has given us an updated. More specifically, the claim is that there has been significant progress. Here are the highlights notes;

So whilst that’s a detailed update of what exactly has been done, the confusion starts with the statement below;

The Digitalisation Project requires a total of about US$173 million dollars
to see through its completion. To date, an equivalent of US$69.55 million
dollars has been disbursed to the Project with the balance of about
US$103.45 million still required to project completion.

This suggests that since 2018 not a dime has been poured into the project and the significant progress being referenced is progress from 2018 going backwards. *Permission to shake your head granted*.

Well, the budget cites a lack of foreign currency as the main culprit. This they say is “hindering foreign payments for more equipment deliveries”.

The scope of the project is said to be under review in order to “rationalize against requirement in view of the time-lapse from contract signing” and the government is looking for alternative ways of funding the digitisation.