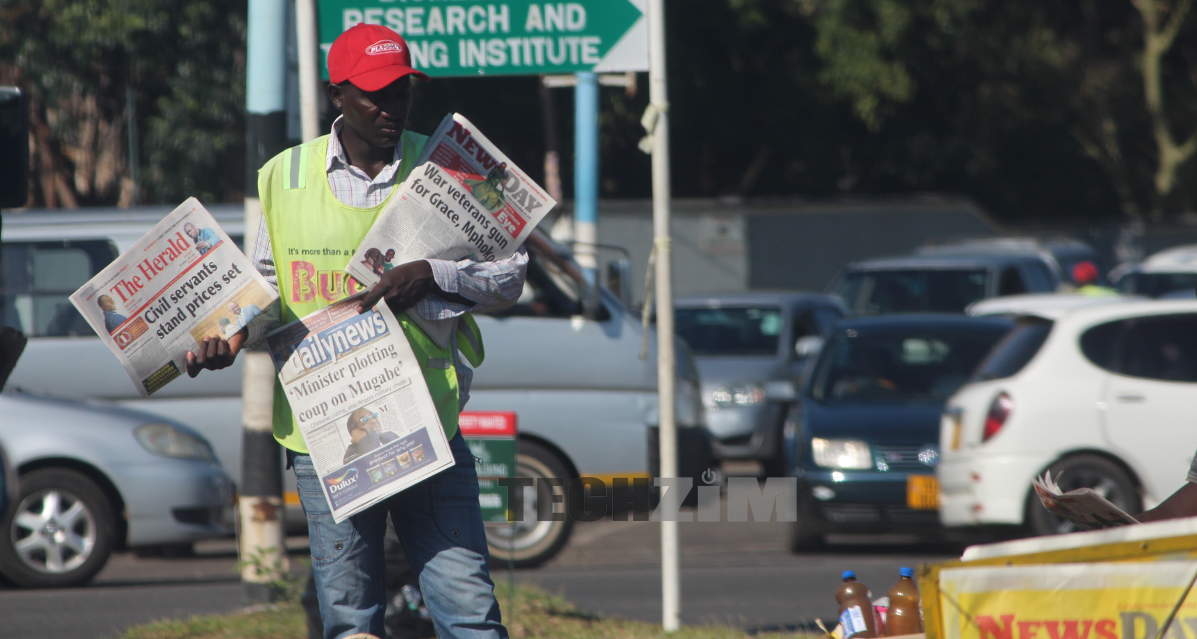 Despite spending most of the year in limbo for a significant portion of the world – Zim included, the year has kind of breezed by. We are already past the halfway point of 2020 and we thought it would be fascinating to look at the most popular local news publications online.

The stats we used, for the most part, are from Similarweb and might not be identical with other analytics tools.

Changing of the Old Guard

For a number of years now we and a number of other people have talked about the disruption of traditional media by new digital entrants. The traffic trends from the top 10 most visited sites is reflective of this;

Not only are the top 2 most visited sites internet-based publications, 4 of the top 7 are also publications that wouldn’t be described as “traditional media” businesses which reflects a number of things we’ve discussed before;

The DailyNews’ extremely low numbers are a result of a number of factors. First off and most importantly, for a year the publication put their content behind a paywall – something which we can conclude to have failed as they discontinued that business model. Before that DailyNews also encouraged readers online to go buy the physical copy and didn’t publish full stories online – making them less useful to consumers.

The problem with that business model is that even with a paywall the DailyNews wasn’t producing content that was different from its counterparts like Herald/NewsDay. Without that differentiation, there simply wasn’t any incentive for consumers to pay for the information.

Now that they’ve done away with the paywall, they have one problem – building up a readership. DailyNews’ traditional counterparts have been online for a while, before the likes of iHarare and ZimEye which made them the default resource for news and allowed them to build a following. By not being open all along, DailyNews forfeited the advantage that comes with their established name and now have to compete with much smaller publications.

On the bright side, since discontinuing the subscription paywall in February the visits spiked upwards;

PS: It’s important to note that some of the publishers on the list above are actually aggregators (i.e they don’t create the content but repost what others have already written e.g Pindula, Bulawayo24). Whilst it might seem unfair to compare them to publishers sharing original content, I think ultimately this doesn’t have a huge impact on how consumers interact with content and to readers, aggregators and original publishers are for the most part “news sites”.

What role does social media play in the consumption of local news?

Social media’s role in the distribution of news cannot be underestimated today and so I felt it would be interesting to look at a certain metric – % of traffic from social media.

It’s critical to note that whilst the % is important what’s more important is looking at them in the context of the entire traffic. Let’s take iHarare for example. In June, Similarweb says they got 2.5m visits and of that 6.7% were from social media – 167 500 visits. ZimLive had 30.9% of their traffic from social media according to the same source – but that translates to 63 000.

All that to say a lower percentage doesn’t necessarily mean that the publication is doing poorly on social media.

The publications atop the list, particularly ZimLive are also more active on social media and even when they aren’t tweeting links to their website they still share updates – making their social media more useful especially to those without bundles to go on to the site. Here’s one such example;

#BREAKING President Emmerson Mnangagwa says starting July 22, virus lockdown restrictions as follows:
# Businesses to open between 8AM and 3PM
# Curfew imposed from 6PM to 6AM
# Unemployed to stay home unless going to hospital, shops or fetching water pic.twitter.com/Jd6EelYgaM

By contrast, The Herald which has way more followers simply tweets links to their website along with a subheadline. A similar strategy is followed by Chronicle and Pindula and it doesn’t look like the most effective to get readers via social media.

To be fair both methods work in different ways and ZimLive’s is particularly suited to Twitter where they get most of their traffic from. It’s also fair to note that ZimLive’s social media numbers are an anomaly even when compared to some international publications;

TechCrunch and Reuters have 8.79% and 15.57% traffic from social media respectively, which puts in perspective how impressive ZimLive’s feat is.

Who are they writing for?

Taking a look at the % of Zimbabweans who are consuming news from this top 10 makes for interesting reading;

This figure is important when considering revenues. Considering that all of these publishers rely on advertising revenue having such a huge chunk of visitors from Zimbabwe is a bit worrying. Worrying because Zimbabwe doesn’t have an advertising market and less so one that is online meaning there is very little value to gain.

This is why the experience on many of these sites is not optimal. The publishers have to place as many ads as possible in order to extract as much value from the visitors they do get.

DailyNew’s 79% of DailyNews’ visits where from Zimbabwe. This allows us to assume that they are making some of the lowest online revenues amongst the listed local publications since they have low traffic and the majority of which is coming from a low paying market.

What are Zimbos searching for?

For this we looked at Google trends and looked at two specific categories;

Under the news category, here are the top topics;

From this list, it’s fair to assume that from search habits, the established/traditional media houses are still the first port of call for people looking to consume news. These brands built a name for themselves long before the internet was a thing and thus are associated with “news” by most Zimbos. At least that’s what Google’s data suggests.

3 thoughts on “Halfway through 2020, here is the state of digital news in Zimbabwe”