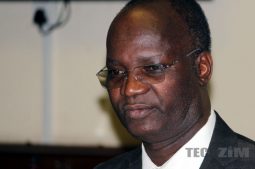 Former Minister of Higher & Tertiary Education, Science & Technology Development Jonathan Moyo tweeted that the government is going to shut down the internet ahead of demonstrations by Zimbabweans on the 31st of July.

The former government official announced that this decision was made by President Mnangagwa, Owen Ncube (Minister of State) and Isaac Moyo (Director General of the Central Intelligence Organisation);

Mnangagwa, Owen Mudha Ncube and Isaac Moyo have resolved to shutdown the Internet and WhatsApp services ahead of #31July2020. There’s panic across the system after it became clear that ZanuPF & government players are supporting the demonstration! #ZanupfMustGo #31JulyMovement

In 2019, following the government’s decision to shutdown the internet for similar reasons the High Court ruled that this was illegal. The ruling made 2 years ago made it clear that the Minister of State had no authority to issue such directives. The ruling did, however, note that the President was the only individual authorised to do so. If the government were to implement such a shutdown it might be authorised directly by the President this time around.

eLearning, working from home and your business does not matter

Because of the Coronavirus pandemic, workflows have been migrated online and both companies and educational institutions had resorted to the internet. All that is thrown out the window and even multiple eCommerce players who were minimising human interaction by delivering goods direct to consumers will probably be affected as well.

All this to say, hopefully the President and his advisors do not decide to shutdown the internet this time around…