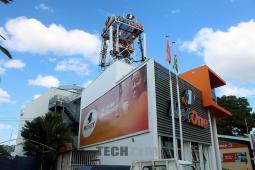 NetOne board Rangarirai Mathias Mavhunga was yesterday freed on ZW$10 000 bail after being accused of perjury i.e lying under oath.

What did he lie about?

After the suspension of Lazarus Muchenje from his CEO earlier this year, Muchenje filed an urgent chamber application attempting to nullify his suspension on the basis that one board member – Douglas Mamvura- had not been notified therefore the decision was not made unanimously.

Mr Mavhunga and Susan Mutangadura (another board member) are accused of lying under oath to the effect that they had not been notified of Mamvura’s appointment, when in fact they had been notified via a letter dated 12 February 2020. The letter was sent by Tinashe Severa – Former head of Finance and Acting Company Secretary- and copied to all NetOne board members.

On 6 May 2020, Susan Mutangadura, as the duly authorised Director and acting Chairperson of the Board of Directors of Netone Cellular (Private) Limited lodged a Notice of Opposition through an opposing affidavit.

Susan Mutangadura in her opposing affidavit on paragraph 29,63,68 and 78, lied that one Douglas Mamvura was not a Board Member at Netone Cellular (Private) Limited and that she had not been notified of the appointment, when in actual fact she had been notified about the appointment through a letter dated 12/02,12020 by former Head of Finance Operations and Acting Company Secretary Tinashe Severa copied to all Board members for Netone Cellular (Private) Limited.

The accused person in his capacity as a duly authorised Board member for Netone Cellular (Private)Limited, also lodged an opposing affidavit supporting and abiding by the contents of accused l’s affidavit. The accused had no right whatsoever to act in the manner which they did.

Susan Mutangadura is also said to be on the run and is yet to hand herself over to the police, although we haven’t confirmed this for a fact.