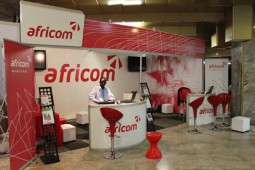 Over two years ago, the government announced that Powertel, ZARNet (Zimbabwe Academic and Research Network) and Africom would be merged.

At the time I thought this made sense – I still do actually. All 3 are state-owned Internet Access Providers (IAPs) and Powertel and Africom at the time were deploying similar technologies so it made sense to bring them under one umbrella. The third company ZARNet offers internet solutions as part of the presidential e-learning program to schools – 1300 schools in 2018.

The most recent POTRAZ sector report notes that Africom and Powertel combine for 4.3% of active fibre subscriptions and 9.5% of IAP revenues in Q1 of 2020 which amounts to ZW$7.175 million.

Anyway since the announcement of the merger we hadn’t gotten any update but the Mid-Budget Review which was a treasure trove of tech stories in and of itself has an update regarding this issue.

The merging of Powertel, Zarnet and Africom into a single entity has been painstakingly slow.

That’s an understatement but at least the government knows this is taking more time than necessary. Why’s that the case? Well, it seems the government itself isn’t entirely sure what to do with the entities as the delays are attributed to “counter-proposals [to the merger] being put across”.

The government says these “counter-proposals” are currently in consideration and the outcome of this process will be presented before cabinet. Unfortunately, no timeline has been given on when to actually expect an announcement regarding this issue.