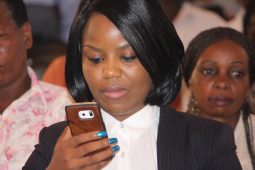 On Friday, the Magistrate’s court issued a search and seizure warrant giving the ZRP permission to raid Econet Wireless offices.

The Criminal Investigation Department sought the warrant on the basis that they suspect Econet Wireless to be “involved in money laundering”. In fact, the allegations are that Econet Wireless and subsidiaries created and issued “non-attributable and non-auditable individual subscribers merchants billers and agent which they credited with huge sums of money and distributed to the runners through their trust accounts. The runners would, in turn, buy foreign currency from the black before being externalized.”

Essentially Econet, Cassava and EcoCash are being accused of creating fake digital money and then using said money to buy foreign currency. The warrant was issued and a number of influential Zimbabweans have cried out against what they describe as a breach of privacy.

Fadzayi Mahere – MDCA spokesperson- was amongst those to speak out calling the warrant an “unconstitutional breach to the right of privacy”;

In a sweeping, unconstitutional breach of the right to privacy, a search warrant has been granted against @econetzimbabwe permitting @PoliceZimbabwe to obtain every single e-money transaction pertaining to every customer for the period 2 Jan 2020 to 30 Jun 2020. This isn’t right.

“Full subscriber details” of each user means they have your name, cellphone number, address and all EcoCash records for the relevant period. This is a far-reaching breach of privacy. Imagine what @PoliceZimbabwe can do in this authoritarian environment with such extensive data.

Mahere’s opinion is similar to my colleague who wrote the following on Friday night;

The fact that a court can issue a warrant against Econet (EcoCash really which is actually an entity on its own) which instructs police to get personal data concerning you and me is worrying. Zimbabwe really is a Banana Republic.