Why do local developers prioritise Android apps over iPhone? 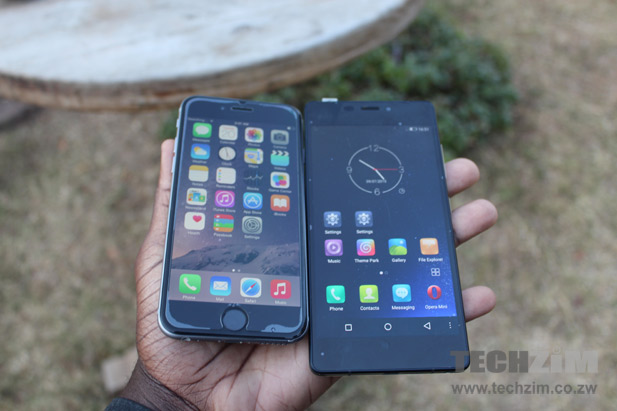 Back when I was in college, during industrial attachment, I bought myself a shiny new Nokia N95 8GB. I knew I would be the kid with the coolest phone in school. We get back to campus for our final year, and the other guy showed up with an iPhone. He completely stole my thunder! My Nokia looked like a toy compared to the cool and pricier iPhone.

There was a time when the iPhone was the phone used by the prestigious members of our community. You not only had to buy an expensive phone, but you also had to spend more on mobile data and also get the expensive companion MacBook to get the most out of your smartphone.

Fast-forward to more than ten years later and there are Android phones that will make the iPhone XYZ Max 1TB (or whatever the latest one is called) tuck tail between its notch and hideaway in a corner. This rings true with regards to both features and high price tag. This, in turn, leads us to the big question, if you are Zimbo, why do you have an iPhone in your hand? Do not get me wrong, this is not an iOS versus Android article, we are here to face facts. Okay, it is iOS versus Android but we are not here to compare features versus value for money.

According to Statista, Android holds 80% market share in Africa and iOS takes 15% of that. I can only name two close friends who use iPhones out of the twenty plus people I interact with on a regular basis. Why are you telling me this and how is this any of my business? Well, I am glad you asked, and the answer is that you have put yourself at a major disadvantage.

We will use two of our local top apps to demonstrate this, the CBZ Touch app and the YoMix app from Econet. Both of these are a must have for most people and could be the most used apps made in Zimbabwe. A quick check on both the Apple Store and Google Play Store tells us that both apps, from two different publishers, get updated with new features at different intervals.

These are just two of the many apps Zimbabweans use in their day to day lives. Some of the locally made apps we checked have not been updated for months on the Apple Store and some have been abandoned altogether or unpublished. Granted, a few paragraphs in a short article will not change your mind, but it’s just meant to give you something to think about as you swipe away on your prestigious iPhone.

Oh, and just so you know, technically, the iPhones are made in Asia, just like our Android phones that you ridicule so much.

The Principal
8 months ago

In business you must be able to create high quality products in the mind of the consumer. Whether the products are actually the best is a story for another day. Apple had a marketing Genius called Steve Jobs. At it’s release, the Samsung Galaxy S10 plus was the best phone on the market overall, above all iPhones! This is not something that a technically “disabled” person would agree with.

I do own and android smartphone, and yep i still do think iphone (iOS) is ways more secure , convenient and overally better. Have you asked yourselves why apple perfoms better on social media? — They (for instant last year) produce a max of about 3 iphones a year. That makes it more refined and updates more perfected to the three fones whereas in android you have to create an update for 1000s of fones with different software skins and whatsoever the software variances or UIs
available. I will also (probably yu 2) overally find iit better to have a phone ine ma software updates akawanda, manje ma android mafambiro awo there are high chances that my android 10 will not be updated after next year whereas even iphone 6 (2014) had updates upto this year 🙂 my thoughts

Ask Elon Musk why he uses an iPhone.

I’m an Android user but the reason that iPhone apps are expensive to make is so that they don’t get some bad apps on their store like on Android. I wouldn’t call it much of a brand because iPhones are getting cheaper and don’t get me started on their fluid operating system

AFRICA the only continent iPhone is seen as having wealth

I thought I was going to learn why local developers choose Android apps over iPhone. What I learnt instead was that the guest writer doesn’t know but is seriously anti iPhone and the arguments are shallow. I use both so I was really intrigued but alas.