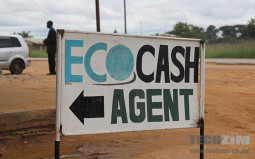 Earlier today, the RBZ published the Monetary Policy Statement and there are a number of pretty shocking declarations. One of which is that agents lines are officially a thing of the past.

The same document also outlines that mobile money wallets will now be limited to one per individual.

Agents have been a huge part of Zimbos life for the last decade. The RBZ suggest that they are out of our lives for good;

Agent wallets are no longer serving any legitimate purpose and were now being used primarily for illegal foreign exchange transactions. Agents’ mobile money wallets are therefore abolished, with immediate effect.

The central bank claims agents with funds in suspended/frozen accounts will be allowed to move the money to their bank accounts. But even that comes with a big asterisk since the funds will be moved on one condition. The Financial Intelligence Unit will first “determine the legitimacy of the source of funds.”

How many people will be affected?

In 2019, there were 59 219 agents. It is widely believed around 50 000 of those were EcoCash agents so that will be the most widely affected service provider. To be fair when you consider that agents had multiple agent lines the actual number of agents might be lower than 50 000.

It will be interesting to see the impact of this ban. In rural areas, agents had become the only source of cash since there are no banks and the RBZs overnight bans mean accessing cash in these areas will become harder.

In both rural and urban areas, agents were charging a premium for cashing-out (withdrawals). This will probably get worse since the agents (or people still assuming this role) now use normal lines that have a daily limits of ZW$5000.

On the flip side, this could mean people transition to digital money as cash becomes harder to obtain.