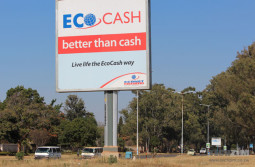 In the Monetary Policy Statement, RBZ says the following;

Mobile payment operators have been turning a blind eye and have even actively encouraged the abuse of bulk payment wallets for illegal foreign currency transactions, thus earning lucrative transaction fees in the process.

Going forward, bulk payment wallets will be approved by regulatory authorities for limited use, primarily for low-value transactions and humanitarian funds disbursements to vulnerable members of society.

Any other bulk payment transactions, such as payment of salaries and wages, should be processed through normal banking channels.

What does this mean?

It appears that bulk payments for processing of salaries and wages are now restricted to banks only. The only bulk payments still permitted are those of low values or donation type payments (humanitarian causes).

We reached out to different sources within Econet/EcoCash to get a better understanding of what is going on.

We got conflicting responses. One source confirmed that EcoCash Payroll will most definitely be affected. They also noted that the fact that NGOs payments were still permitted is a saving grace. Those payments are a significant chunk of bulk payments. From the MPS it does seem like these transactions will need the regulator’s sign-off which adds friction to bulk payments.

Another source we spoke to was more hesitant to confirm what this meant and said the directive wasn’t clear.

We also spoke a NetOne insider who confirmed that OnePay would most probably be affected by this regulation.

Mobile Money operators (EcoCash) have been under the microscope of the regulator for much of the year. This is because the regulator has identified mobile money platforms as being used to aid illicit foreign currency trade. In an attempt to put a stop to this illegal trade the following has been banned or restricted;