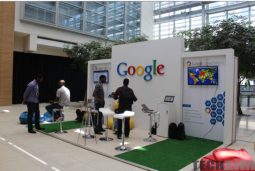 In a report by 9to5Google, a leaked internal Android document revealed three Pixel smartphones in development. The codenames for these projects are “raven”, “oriole”, and “passport”. There were no specifics when it came to “oriole” and “raven”, but 9to5Google thinks that one of them could be the Pixel 6.

These codenames are a deviation from Google’s conventional naming system used in the Andoird Open Source Program (AOSP). Codenames for Pixel projects are usually names after fish, for example, the Pixel 4a (sunfish), Pixel 4a 5G (bramble) and the Pixel 5 (redfin).

Passport in this document was explicitly stated as a foldable smartphone. Furthermore, these devices were earmarked to come out in Q4 or 2021. This might mean that these devices are in the advanced stage.

The foldable smartphone is an intriguing one. Last year CNET was first reported that Google was prototyping a foldable Pixel.

The rumours were then later confirmed by Mario Queiroz (who was head of Pixel at the time) that they were indeed prototyping a foldable design. The document also revealed that the Pixel 5 and Pixel 4a 5G are set to be released in October. The Pixel 5a is supposedly only going to hit the market in Q2 2021.