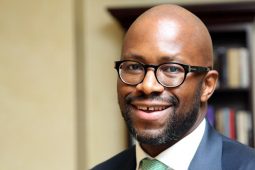 MTN Group, Africa’s largest telecommunications company, has appointed Zimbabwean born Ralph Mupita as their new Chief Executive Officer. Ralph Mupita who previously held the position of Chief Financial Officer will ascend to the CEO post on the 1st of September 2020.

“After a rigorous and extensive search process, we are pleased to have appointed someone of Ralph’s calibre, experience and ability to fill the group president and CEO position. Ralph’s experience as the group CFO, strong knowledge of our businesses and markets, as well as successful background in financial services, M&A and emerging markets, place him in an excellent position to lead the growth and sustainability of the business going forward.”

“Leading a business with MTN Group’s history, scale and socio-economic impact is a privilege and honour, and I look forward to working with the group board and executive committee in driving growth and unlocking value for shareholders and broader stakeholders.”

The current MTN CEO, Rob Shuter will step down on the 31st of August and will remain to support Ralph Mupita whenever required until the end of his fixed five-year contract ends early of next year.