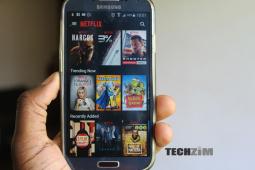 In what seems like an attempt at broader appeal Netflix is now offering non-paying subscribers free content. The series and movies Netflix is offering are as follows:

In a report by Gadgets360, Netflix is looking at a different marketing strategy to attract new subscribers. This promotion, however, has a couple of catches. Netflix is only giving away one episode of the shows listed above for free viewing. After that episode is complete it will prompt anyone watching to become a subscriber.

Movies are available in full length with a skippable 30-second add just before. Users do not need to create accounts in order to view this content. I tried this out on desktop just to test it out and briefly watched the first episode of The Two Popes. I tried it as well on Android and it worked just as well. This offer doesn’t appear to be available on iOS.

So, why has Netflix opted for the free-content route?

One of the reasons may be that Netflix hasn’t done all too well in big markets like India for example. This isn’t limited just to Netflix even Amazon hasn’t fared too well in India. In a report by CNBC, both platforms tried the local original exclusive route and it didn’t exactly bear fruit. They are currently eclipsed by HotStar, which is an on-demand video streaming service commanding 40 per cent of the market according to Statista. (HotStar is owned by the Walt Disney Company India)

According to Statista, Jio TV (Reliance Jio), Voot, Airtel TV and SonyLIV rank higher than Netflix in market share in India. Offering free content for users to experience what Netflix has to offer may win them a number of new subscribers.

Looking a little closer to home, we reported that DStv will have new streaming decoders that will come with Netflix pre-installed (as well as Amazon Prime). It would be deeply speculative of me to say there is a link. However, Netflix free content is an introduction to those who may have never used the service.

You can try out Netflix free content offer for yourself with the link here.