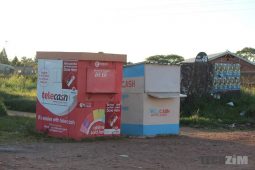 On the 9th of July, the Reserve Bank of Zimbabwe issued a directive that made ZimSwitch the national payments switch. This meant that EcoCash was going to be relegated to being just another wallet. ZimSwitch as the national switch for Mobile Money means that one can essentially send money from EcoCash to OneMoney or Telecash or any bank account even one that is not linked to one’s EcoCash wallet (and vice versa). Well, that deadline for everyone to connect to the national switch was the 15th of August 2020.

The 15th of August was an ambitious date to set for integration on this scale. These are incredibly complex parties to bring under one umbrella. It wasn’t feasible for several platforms on different systems to be able to intergrate that quickly. We spoke to some source at EcoCash and they said that they hadn’t met the deadline and to our understanding, the other mobile money operators haven’t as well.

The only way to get the money, in this case (when sent to a NetOne number from EcoCash), is to go to an Agent to cash out. The problem is that there are no agents operational to facilitate a cash-out.

The money that is sent like this will be stuck in limbo and may reverse if left unclaimed. It’s a surprise that EcoCash and other mobile money providers still have this transaction in place. Without anyone to facilitate a cash-out then there really is no point to this.

It is not clear when EcoCash, will be intergrated with ZimSwitch nor when all players will have real wallet to wallet interoperability. OneMoney and Telecash are already on Zimswitch somewhat but not to the scale demanded by the central bank now.