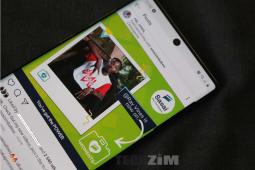 Sasai has struggled to keep users once they’ve downloaded the app. Numerous features have been added and they have worked on the app for over a year now without any mainstream success.

Getting influencers on board

Ray_Vines isn’t the only local creative Sasai has signed up. SA-based Zim musician Hillzy (54 300+ followers) also announced that he will be making content for Sasai Moments.

At the moment, two things aren’t clear. 1) How many creators are partnering with Sasai and 2) Will be sharing certain content exclusively via Sasai.

This will likely give Sasai a spark of life especially if creators are sharing exclusive content only accessible via Sasai. Fans will not only have a reason to download Sasai but they’ll have a reason to actively use the application.

In the long term, Cassava would want to wean themselves off a dependency on creatives. The hope is that regular users start creating content and sharing on Sasai. If this doesn’t happen, influencers will have too much leverage down the line.

Strive Masiyiwa did mention that the company is working on a content platform focused around videos, music and podcasts. Partnering creators up is a natural step towards this but it won’t be easy since these creators are already on platforms like FB/IG/TikTok.

Masiyiwa mentioned that creators will be able to get paid for their content – which is a good incentive. If consumers start paying/subscribing to content on Sasai there will be a clear monetary incentive for creators. If consumers just consume on free tiers, the creators might prioritise global platforms where they make more based off advertising.