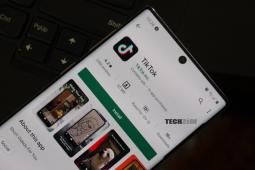 An investigation by the Wall Street Journal recently revealed that TikTok was unlawfully collecting data from Android users for over a year. The application allegedly collected MAC addresses enabling identifying and tracking of users outside the TikTok.

Google and Apple haven’t allowed applications to read the MAC address on Android & iOS devices. TikTok allegedly went out of their way to create a workaround that gives them access to the MAC address.

Because a MAC address cannot be reset this means once TikTok has their hands on your MAC – and by extension advertisors- they can identify you across the web as long as you’re using that device.

TikTok officials asked to comment on the situation said the current version of the application does not collect MAC addresses and its reported that TikTok abandoned this form of data harvesting last November.

Before this incident TikTok has been called out multiple times for security breaches with the app also copying content in users’ clipboards without their consent.

TikTok is an app made by a Chinese company and the implications that has on their policy regarding user privacy are huge. China unlike countries in the west – encourages and is belived to mandate huge service providers to collect and share data with the government. This is why there has been cases of censorship on applications like WeChat and TikTok.

Reports such as these only stand to give Trump and the US’ executive more ammunition against an application that has been labelled as a threat to national security. In a few weeks time, TikTok will be banned in the United States and whilst the main reason for this seems to be the trade war between US and China, one can’t discount the impact of these unethical data breaches.

2 thoughts on “TikTok accused of breaching user privacy yet again”