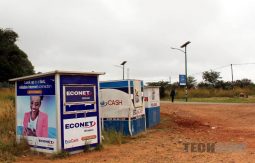 The payments space is in for some very big changes. Some of these changes we may be able to see. Others we can speculate on and there are others that are beyond the horizon. EcoCash, which seemed almost like a utility, is about to be equalised. The levelling of the playing field hasn’t come because they were out-innovated. Regulatory oversight is what has finally put EcoCash on the same level as the rest of the players in the mobile money space.

I am sure we are all aware that the deadline for ZimSwitch assuming the role of the national switch is fast approaching (30 September 2020). What is apparent is that we will soon be able to send money across mobile money wallets and bank accounts. It will be true interoperability. That means that the exclusivity (or the monopoly) that EcoCash held is going to be eroded.

EcoCash’s loss of power is not just going to be due to the forthcoming mandatory connection to Zimswitch. Probably, the bigger and more immediate blow to EcoCash is the ridiculous daily limits placed on mobile money transactions by the regulator. The limits make EcoCash useless to as basic a transaction as buying a month’s household supplies for a standard household in Zimbabwe.

With all of this in mind, the question then becomes, what can all the other player in the payments space do? Who can take advantage of what seems like EcoCash’s demise? Now saying demise could be premature but, this feels a little bit like how Xerox progressively became less relevant. Or for those who don’t remember or haven’t encountered the story. How Nokia went from having a billion customers to being a footnote.

I know it might sound hyperbolic to compare EcoCash to companies like Xerox and Nokia. For us it was ubiquitous, and as I said before, was something of utility in its own right.

So who will take advantage?

Banking institutions have been the biggest beneficiaries of the regulatory changes. Anyone who wants to liquidate funds from EcoCash has to go through a Bank to do so. This has made EcoCash and other mobile money wallets nearly redundant to anyone who already has a bank account. Why would I move my money from the bank to a mobile wallet if I can use that money straight from the bank?

You and I are now better served by transacting through our banks because we aren’t limited to ZWL$5000 per day. The trouble with banks is that there is a whole song and dance before you can open an account. The process is time-consuming because of all the forms we have to fill out. There is also a waiting period before an account is finally opened.

However, there are some institutions who through independent innovation or seeing where payments are going, have streamlined this process. They have also made the process of opening an account something anyone can do from where ever they are.

FBC really pulled something that looks at the moment to be the biggest move in the banking in Zim. They now allow anyone to open a full account through their USSD platform (*220#) and the FBC Bank app. Why this is exciting is because they have made it infinitely easier for anyone who relied on EcoCash to open an account.

I can testify to this because when the service launched I opened a local currency account. What this does is it allows those who were unbanked to be able to open an account without having to submit any doccumentation or fill in a form.

Beyond making the process a whole lot easier, it means that if you don’t have any bank branch in the area you can open an account. FBC has also, in my opinion, made the process a lot less daunting. There is no need to fret over which documents you’ll need or being sent back to get a document you may have forgotten or left behind. As we reported, when this service was launched, if this is given a comprehensive enough marketing strategy FBC will be able to eat up a significant portion of the market of those who relied on EcoCash.

BancABC was the first to launch a virtual banking platform. Branch X is a means to meet the challenges brought on by the coronavirus pandemic. Customers are now able to interact with their bank without having to leave their home. BancABC also availed a number of mobile phone-based customer service avenues. This, according to their mid-year financials, was able to net them 20 000 new customers per month over six months in 2020.

That figure was one I couldn’t quite wrap my head around when I first saw it. But looking at their Dial-a-Visa service which came with Branch X it’s sort of makes sense. Ordering a Visa card through Branch X and having it delivered to your home or office is a significant hook in my opinion.

The limitation of the service is that it’s a prepaid card, so to recharge it you will have to go to a physical branch, come on! But… at that point, you would already be part of their clientele. The service is really for clients who want to use foreign currency most likely online. That is to say, they may be able to get the most valuable customers in the market into the BancABC fold.

The most recent effort in this respect was CABS through Textacash. The service they offered was to allow anyone to receive money from a CABS account holder. At first, this seemed interesting but then when diving deeper, it didn’t quite make sense. As we reported the money that anyone receives through this facility requires the recipient to open a Textacash account.

It would just be simpler to just send money over EcoCash or a bank transfer. Also, the fees for this service makes the proposition unattractive for the CABS account holders.

The service is not a write off just yet; if they can introduce something that makes this service attractive to non-Textcash customers then they make a case for themselves. A reward programme or perhaps access to credit?

This may seem insignificant to some, but this offer was what made me open a OneMoney wallet. What I am going on about is the 20% discount that is on offer if you buy airtime through OneMoney. This I think is a step in the right direction. When true interoperability finally comes, and this offer is still on the table then I can see many more people seeing the value in OneMoney.

The biggest deal thus far, in my opinion, is Zipit Smart. This service will undoubtedly be the biggest mover depending on the rate and scale of adoption. The service solves problems traders and individuals are currently facing. The first problem is the one faced by small traders and businesses. Purchasing a Point of Sale – POS machine is quite the undertaking (yes even the low-cost options) and this meant that they all relied on EcoCash. Now that EcoCash transactions cannot go beyond about USD50 per customer per day, these traders need options.

Zipit has always been an option to receive payments. To those unaware, Zipit is a service offered by Zimbabwe’s card switching company, Zimswitch that allows any person with a bank account to effectively send money to any other bank account (and mobile wallet linked to Zimswitch) and the funds are received instantly. Zipit Smart is just a simple innovation on top of this service.

With Zipit Smart a mobile device is effectively a POS machine. Traders will get merchant codes similar to the ones that EcoCash offered making accepting Zipit payments a lot simpler for merchants. Zipit Smart means individuals buy through their bank accounts so that they won’t be restrained by the ZWL$5000 limit.

So from where I am seeing this from, it could be a case of plug and play. The transacting public is getting a platform that allows them to spend the amounts they choose. Traders get a facility that allows them to transact beyond EcoCash. Couple this with FBC’s service that allows anyone to open an account via USSD and Zipit Smart is looking very very attractive.

This is something we briefly touched on earlier. The regulatory directive that made ZimSwitch the national switch enters Zimswitch into a new class of transactions. The best way to describe this is by using this example. If you want to send money to someone via EcoCash and you don’t have the full amount. You would need to move money from your bank account to your EcoCash wallet and then send that money to the recipient’s EcoCash wallet.

Those steps didn’t include Zimswitch. Which means Zimswitch didn’t get anything for those transactions. When true interoperability arrives (Zimswitch becoming the national switch), you can do that transaction straight from your bank account to any EcoCash wallet or any other mobile money wallet. You and I will also be able to move money across all mobile money platforms.

The deck is stacked against EcoCash. They will have to innovate in order to stay relevant. Players in the payments space have already made moves to stake their claim on what comes after the 30th of September. This does not mean in any way that the story has ended for EcoCash, not at all! They already have a very strong brand and the advantage of incumbency. The onus is on them to make sure they use these assets to their advantage by showing customers why they matter and why it’s worth it to move money from one’s bank account to EcoCash

17 thoughts on “EcoCash blood in the water, who will take advantage?”