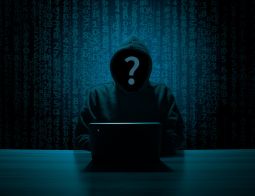 A govt Zoom meeting was disrupted by hackers yesterday. The meeting was being held by the Meteorological Services Department National Climate Outlook Forum. Proceedings were adjourned midway after hackers posted adult content on the platform. The permanent secretary for Environment, Climate, Tourism, and Hospitality Mr Munesu Munodawafa gave an apology on behalf of the Government and said the following:

“We had to break the Zoom virtual meeting following the posting of offensive adult material during the meeting by some unidentified hackers.

Government seriously needs to expedite passage of the Cyber Security Bill. We need to create secure virtual platforms where Government business is conducted”

The agenda for the virtual meeting was to discuss the forecasted weather pattern for the 2020/21 agricultural season. The meeting did, however, resume 10 minutes after the interruption.

Permanent Secretary Munodawafa was, in my opinion, correct about the need for the Cybersecurity Bill to establish the ground rules for how issues like this one will be dealt with.

The Bill, however, isn’t without issues when it comes to:

The hacking of the govt Zoom meeting could be another catalyst to fast track the passage of the bill without the concerns that many have about the legislation not having been properly addressed.

What I found a little confusing was what permanent secretary Munodawafa said about the government needing to create platforms for the government to conduct business. Last month the government was set to adopt Glue Virtual Platform (GlueVP). The conferencing software was developed by Zimbabwean Richard Chinomona and there was a launch event for the platform hosted by POTRAZ and the Ministry of ICT.

The platform is meant ot be an African solution to video conferencing and was meant to give the govt a secure platform to conduct it’s affairs.

The concern we reported on after the launch event of GlueVP is the same one the meteorological meeting encountered. Zoom as big as it has become has had a string of security vulnerabilities. The reality of it is that GlueVP (whenever it’s adopted) will be operating in an environment with the same sort of cyber threats that Zoom faces.

Being a relatievly new service it will have to be put through it’s paces in order to minimise situations like the one that occured yesterday.

3 thoughts on “Govt Zoom meeting was disrupted by hackers”