How big can this car tracking service be for TelOne? 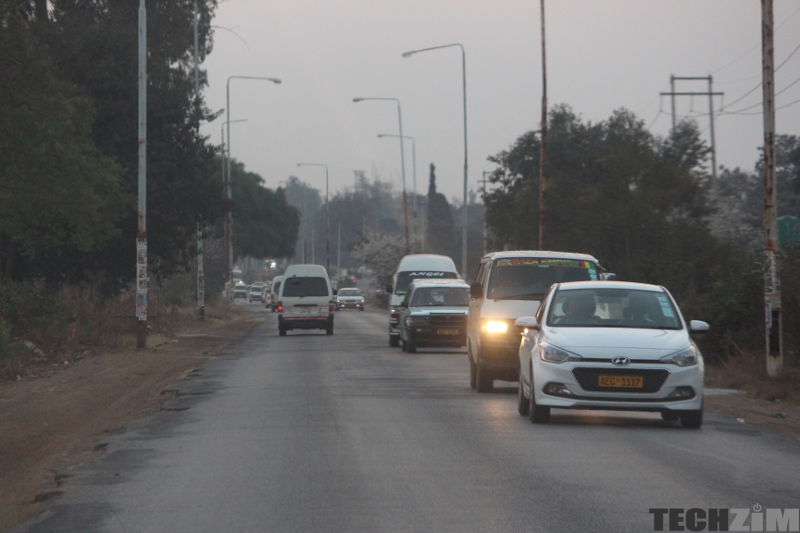 TelOne held a launch event for their car tracking service Teltrack. The event was attended by representatives from the Ministry of ICT, Car Track and various motoring associations. The launch of this service got us thinking about how big this opportunity could be for TelOne.

At the launch event, there was a lot of talk about the 91% vehicle recovery which was based on the South African experience. This then obviously led to the partnership that TelOne and CarTrack have in this endeavour. This I think is a good move from both parties. TelOne will receive tried and tested technology and CarTrack will have a very large client.

The service as it was described at the launch event won’t be limited to corporates and individuals. Teltrack was said to have already be in use and endorsed by the CMED (Central and Mechanical Equipment Department).

The CMED is just one of a number of government agencies and departments that will find use for this technology. Government vehicles and assets have been prone to misuse and abuse. Teltrack presents a solution to a problem that the government has been plagued with for a very long time.

It’s more a case of fleet management than car theft

Zimbabwe (for once) doesn’t rank high when it comes to vehicle theft when we can compare ourselves to South Africa for example. This is not to say that Teltrack won’t find use in this respect but Fleet Management is really where this service is really going to be useful.

Earlier on we talked about all the government agencies and departments:

There are of course many more. But these organisations have large fleets of vehicles and if we try to imagine the total number, then the potential that Teltrack has for managing that fleet becomes apparent. It’s even more staggering when one tries to imagine the wastage in both the resource of the vehicle and of things like fuel that all those vehicles will demand.

Among Teltrack’s feature is a fuel tracker. This allows the control room to monitor the fuel consumption of individual vehicles. This feature, I think, could be very useful in managing the use of a resource as expensive as fuel. Over time this feature could provide valuable analytics and benchmarks on consumption across all government agencies. If this system is widely implemented and rules drawn from it. The government will save a lot of money and fuel that would have been otherwise wasted.

Another feature that I think ties in with the fuel tracker is the geofencing capability of Teltrack. The government could geo-lock vehicles and track them in real time to see all their movements. This could also save the government a lot of money on fuel as well as have vehicles operating in only in specified zones.

The other very important features that Teltrack brings are vehicle life cycle management as well as service scheduling. Zimbabwe is not in a position financially to be purchasing new vehicles every so often. These features could keep vehicles in service for a very long time and save the government untold sums in new purchases.

Teltrack can also standardise driver behaviour. Those who are predisposed or have a knack for driving aggressively will know that there is a system onboard the vehicle that is monitoring them. This as well adds to saving the vehicle, its components and materials vehicles need to function.

The uses for Teltrack can go beyond vehicle tracking

There are a number of problems that the government and its agencies face. One of these problems could be addressed by the technology being used by Teltrack. This proposed use for Teltrack is for asset tracking delves deeper into the “Internet of Things” (IoT).

The Internet of things is network devices or sensors (physical objects) that are embedded in everyday objects and exchange information or data with other devices or systems.

Teltrack will be employing fuel assessment sensors. Those sensors were not specified and could be capacitive sensors, ultrasonic sensors or something else entirely. But that technology can lend itself to another big problem that one government parastatal faces.

ZESA has had a run-in with a lot of equipment vandalism. Especially when it comes to oil theft from transformers. Vandals tend to target areas during power outages or faults. When power comes back on, the transformers will overheat and completely fail. The only way to restore power to that area is to replace the transformer which is a costly exercise.

The same fuel sensors, or a variation of them, can be put in ZESA’s transformers. Those sensors will monitor the levels of transformer oil, and in the event of oil being depleted that sensor can communicate to the operations centre. That would give ZESA enough time to act before it becomes a case of replacing an entire transformer.

It will be expensive to deploy all of those sensors but the benefit is that it would help ZESA better manage their infrastructure. I think the overall cost over time would be favourable, compared to replacing transformers every now and again.

Back in 2019, ZESA was reportedly placing cameras at transformer stations and geo trackers in transformers. Adding transformer oil sensors would only fortify those measures.

These sensors could also help with transformer maintenance. There wouldn’t be a need to travel out to physically inspect transformers when the data is located in one place.

The first hurdle is to get Teltrack as widely adopted by the government and it’s agencies fleets as possible. If Teltrack is implemented and strictly monitored it will save the government a lot of money and resources.

It would also be nice if this technology finds it’s way into other areas and improve overall efficiency and security.

Great technology. But u will be an idiot to belive ZANU can monitor itself.

But for netone its a great networking opportunity.

This is counting chickens before they hatch. There are those who thrive on the wastage of “eggs” and also manage the hatcheries. They will use every trick in the book to prevent effective adoption of any measures that would spoil their feeding trough.

The biggest debtor to Telone’s debt is government and aligned companies. The same will engage Telone about car tracking but the problem will be about paying for the service

No Value Proposition
5 months ago

The writer should research more before writing. Zesa have their own Powertrack business and no way they can adopt Teltrack. Also benchmarking a service on stolen vehicle recovery which thefts doesn’t really exist in Zimbabwe is addressing a problem that doesn’t exist. You then wonder if this is just thought through because there no strong value proposition for stolen vehicle recovery. At some point CMED and Zupco where working with HIT on their tracking and fuel monitoring solution. Is there really a market for Teltrack? Time will tell

“and if we try to imagine the total number..” kkkk