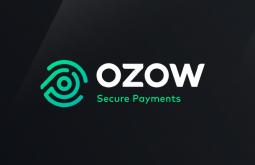 South African fintech company Ozow (formerly known as i-Pay) has launched two payments apps. One payment solution is a progressive web app that won’t require data and the other is an application that simplifies bank transfers. In what the company is calling the Ozow Revolution, they seek to make digital payments available to every South African. Ozow aims to expand the avenue for South Africans to participate in the digital economy through these apps.

Ozow is a fintech company that provides automated EFT (Electronic Funds Transfer) through SMS, e-wallet and QR Code. The company offers secure payments over a number of different banks through one application. Through Ozow’s integration with banks, they offer securely cardless services through their platforms:

“While more than 80% of South Africans hold a bank account, only one out of every eight have a credit card. This locks the vast majority of consumers out of digital payments and excludes them from a huge range of services”

Ozow also has a merchant base that includes, NGOs, NPOs, individuals and small to medium businesses.

The first Ozow payment app is called Ozapp. This is a PWA (Progressive Web Application) that won’t require users to have data to access. South Africa has a number of users who have smart capable phones. But many use lower-end models that may not have the storage for a lot of apps. The PWA is a means of addressing this. Users with a bank account or an e-wallet would only need to scan a QR code and that will allow them to transact without any data required.

“In a further effort at enabling greater digital inclusion, the data needed to use Ozapp is zero-rated, meaning consumers  have zero data cost to make use of the progressive web app and can make payments anytime at any Ozow-enabled point-of-sale or pretty much anywhere, including the comfort of their home.”

The second Ozow payment app is called Ozow Pin. This application is a means of simplifying EFT (Electronic Funds Transfer), it takes the process of a bank transfer and puts it into 4 steps.

“By reducing the time needed to make EFT payments and removing friction in the transaction process, Ozow PIN can help grow transaction volumes while attracting new customers. It’s a win-win for consumers and merchants.”

In addition to this Ozow is now offering individuals and small business owners a charge-free period of 12 months or up to R1 million in transactions a month.