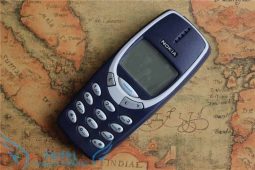 On the 1st of September 2000, the world bore witness to the birth of a true icon, the Nokia 3310. To those who used this phone, I’m sure they will remember it fondly.

I’ll admit that I only got one much later on but it was nonetheless a very good phone. It was one of the mobile devices at the time that allowed for personalisation and expression. The myriad of covers available made the 3310 a phone that almost everyone wanted.

The phone’s unparalleled durability was another major selling point. There have been tall tales told about how it could survive a nuclear apocalypse, as well as comparisons to Mjolnir (Thor’s hammer). To be honest, it could be battered around and survive.

Looking more at its impact the Nokia 3310 sold 126 million units during its lifespan. It could be argued that it was one of the key drivers to mobile adoption in the early 2000s.

There was a modernised version of the Nokia 3310 in 2017, but that I think didn’t capture the magic that the original had. I think it would have been better to make something totally new for a new generation. They could have taken some of the features of what made the original so good and adapt it to the times.

The legacy of the original Nokia 3310, however, is something that can’t be easily forgotten. Had analytics been the way they are now back when the 3310 was at its peak. I am sure the combined hours of Snake gameplay would have been a very interesting figure.