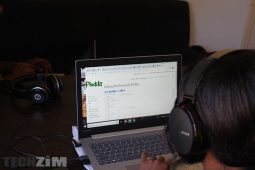 Uganda is one of the few countries where the government is making it extremely hard for its citizens to make use of the internet. Back in 2018, the Ugandan government introduced a social media tax. Everyone but them thought it was a bad idea but they still did it. Shortly after it was reported that millions of Ugandans quit using social media altogether to avoid the tax.

The same government is at it again. This time Ugandan officials have set their sights on YouTube and bloggers. The Ugandan Ministry of Communications announced a new set of regulations to the effect that content creators on YouTube and blogs should pay a yearly fee of (approx) US$27 before the 5th of October 2020;

The purpose of this Public Notice, therefore, is to advise all persons currently offering or planning to commence the provision of online data communication and broadcasting services including but not limited to blogs, online televisions, online radios, online newspapers, audio over IP (AoIP), Internet Protocol TV (IPTV), Video on Demand (VoD), Digital Audio radios and televisions, internet/web radio and internet/web television, to obtain authorisation from UCC before providing such services to the public.

The new rules will affect every company/individual making content online. Whilst the assumption is that government wants to increase its revenues some reports suggest that a more sinister motive. By making it harder for citizens to create, share and access online content, the government wants to control the narrative on social media and the internet in general.