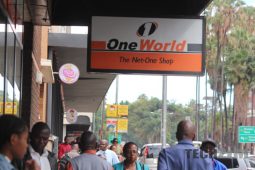 On the 24th of October NetOne was kicked out of their Borrowdale office due to rent arrears of nearly  ZW$800 000. The telco was served with a notice of attachment as well which saw the seizure of all removable property from the offices.

NetOne reportedly owes Mutual Finance $684 281 rising to ZW$775 182 because of costs. According to reports the property removed include;

It’s pretty surprising that NetOne is failing to pay rentals when the network seemed to have been the biggest beneficiary of the COVID-19 pandemic. At a time when their rivals were losing subscribers on both the mobile network and mobile money front, NetOne was surging.

On top of all this NetOne market share of mobile data and internet traffic grew by 10% to reach 38.1% whilst Econet (7%) and Telecel (3.4%) declined again. All this to say, one would expect that NetOne wasn’t necessarily the biggest affected Telco.

Whilst this is only speculation, it could be one of the big reasons why NetOne has been facing issues. Others have speculated that the failure to pay is due to the fact that NetOne has been in a long court battle with suspended CEO Lazarus Muchenje for the better part of 2 years. It’s not clear how much NetOne has dedicated to legal fees during this period so it’s hard to know just how accurate those claims are.

The government generally has a track record of raking up debts as TelOne will testify and that is another likely reason why NetOne (which is government-owned) is in the mess they are in now. Or maybe it’s all 3 reasons. Who knows!?

Update: NetOne’s spokesperson denied that the incident occurred, saying, “Have you been to our Sam Levy shop? It’s open for customers and fully operational. Even over the weekend it was open”.