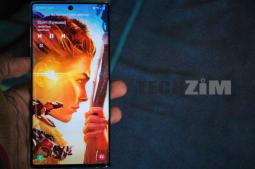 Google engineers are sometimes like your mother cleaning your room unsolicited. You swear you left your magazines (let’s just call them National Geographic mags but we both know they aren’t) under your pillow. The spot was perfect, quick access for when you need to use them. Now comes the tricky part. You cannot ask your mother where she put them.

That, ladies and gentle-nerds is how Google has been treating Android. We already spoke about how Android is the only phone operating system Zimbos care for. So what happens to Android is clearly more than 80% Zimbo business. Every year, Google rolls out major updates to the Android ecosystem. This perhaps is the problem. They started this tradition and sometimes when they have nothing useful to update, they just find something useless to update. Hey Google, if it ain’t broke, don’t fix it!

The features that work sometimes

I always stay 2 major Android releases behind on my main phone. (This is wise only if you know what you are doing. You need your device security updated frequently). I do keep a device running the latest version for testing apps during work. This choice takes into consideration the stability of newer Android upgrades. Most phone manufacturers behave like Econet in that they push a semi-stable product on us and expect us to report bugs as we use the software.

A friend recently updated his phone to Android 10 and he loves trying to show off this feature that auto-suggests responding to WhatsApp chats. Our key words are ‘trying to show off’ because the feature works sometimes. We can maybe excuse features like this, that sometimes work.

Under the guise of protecting the privacy of Android users, Google blocked off apps from using Call Log and SMS permissions. If you have noticed, most apps since 2016 when Android 6 was released now show pop-ups asking to use your microphone, camera etc. Google went ahead and banned apps that were requesting sms and call log access on your phone.

This meant that your apps that needed to backup your text messages stopped working. Apps that once used automatic activation via sms stopped working. We could excuse this and say Google was justified. A lot of shady apps were stealing our data. More on this later.

Then comes Android 11 and Google says you should not have access to the files on your own phone. If your phone has limited space and reports that it is full. It is now going to be harder for you to delete files using your file manager because the file manager will no longer be allowed to manage files. Unless you have a computer, you can just connect your phone and do it from there. This makes zero sense in any way you look at it.

Google won’t hurt the security that fuels its business

Google is an advertising company. If you thought they were a tech company, you were mistaken. With over 80% of their revenue coming from advertising, the issue is not up for debate.

We all know the answer to that question. And that is how they will continue to break features we love. Some may think this means its time to sell that kidney and turn to Apple. The challenge is that you will have a $1,000 phone that you use to take bathroom selfies and share on WhatsApp. Its like buying a Lamborghini in Zimbabwe. Can you even drive that car anywhere on these roads riddled with 30cm deep potholes?