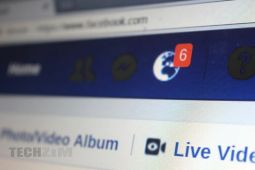 The regulatory crusade against big tech in the United States has hit a new high. The Federal Trade Commission (FTC) yesterday filed a lawsuit that could force Facebook to sell off assets such as WhatsApp and Instagram.

The grounds for the lawsuit stem from Facebook’s acquisition of any company that might prove a competitive threat as well as imposing restrictive policies that unjustly hinder rivals that Facebook cannot acquire.

Instagram and WhatsApp aren’t the only companies that Facebook would have to sell-off. In a report by NBC News, the lawsuit is asking the court to order the:

“divestiture of assets, divestiture or reconstruction of businesses (including, but not limited to, Instagram and/or WhatsApp)”

The lawsuits don’t end there because the Attorneys General from 48 states and territories are filing their own case against Facebook. The consensus among the states like this shows that across the political divide, lawmakers and enforcers are concerned about the power Facebook has amassed on the internet.

But… the FTC approved Facebook’s acquisitions of Instagram & WhatsApp

When Facebook went out to acquire WhatsApp and Instagram, the Federal Trade Commission rubber-stamped them. Regarding Instagram, the FTC voted 5-0 in favour of the move back in 2012.

“Years after the FTC cleared our acquisitions, the government now wants a do-over with no regard for the impact that precedent would have on the broader business community or the people who choose our products every day,”

In this respect, it may probably be a case (at the time) of lawmakers and the FTC not fully understanding or forecasting the implications of Facebook getting the two companies. Trying to reverse that now may not happen because it’s a rarity to see a company as big as Facebook being broken up.

The last time a big company (monopoly) was split up was in 1984 when American multinational conglomerate AT&T was broken up. Even further back in time, in 1911 the US Supreme court forced Standard Oil to be dissolved under the Sherman Antitrust Act. The company was split up into 34 separate entities, you may be familiar with its successors ExxonMobil, Marathon Petroleum and Chevron.

Earlier I said that it may not happen but in the event that it does, this would be a seismic shift in tech. The balance of power among the big tech companies will definitely change and depending on where the assets land, we could see new players enter the fray. If the case is successful Facebook may have to rollback the integrations like the one Facebook Messenger and Instagram DMs have and in the meantime suspend any other plans to do anything similar.

This is definetly one to watch and it will be interesting to see how this all plays out.