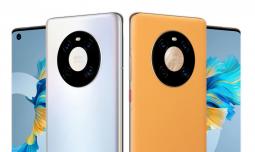 In the minds of most Americans, there are only about a dozen countries in the world. There is America, the greatest country on earth; evil China, Cuba and Russia; Africa where there are poor starving people who live in forests among lions, Europe with fancy accents and Fiji. And of course if a phone doesn’t have Google apps it’s not worth having. After all, we all buy phones so we can use these awesome apps.

The Huawei ban in brief

If you don’t know why I am writing about this here is a brief background:

So in 2019, Donald Trump, with rare bipartisan support of the entire US government decided, to put Huawei on the so-called Entity List. This list banned US companies from doing business with Huawei. This meant companies such as Qualcomm and Google could no longer do business with Huawei without approval from the US government. The biggest outcome was that on the software side of things Huawei phones could no longer come pre-installed with Google apps such as Gmail and Google Maps.

Americans conclude that a phone without Google is just useless.

The reviews for the latest phone from Huawei, The Huawei Mate 40 Pro, are just being published and it’s like they were written by the same person. Like the P30 reviews from last year, leading publications like Forbes, Bloomberg, TechRadar, Wired, ArsTechnica and others never go beyond the fact that this phone doesn’t have Gmail or Google Maps. The invariable conclusion has been that a phone is useless without these unless of course if you are living in China.

The Huawei Mate 40 Pro, tested by Bloomberg News, offers an early indication of what Android smartphones without Google can be. The Shenzhen-based company’s technical chops are impressive, but it’s hard to imagine anyone outside its home country, beyond hardcore enthusiasts, spending well more than $1,000 for a phone without Google Maps or Gmail.

Smaller publishers have simply followed suit with even respected YouTubers joining the whining about these otherwise awesome phones that don’t have Google Apps.

As already hinted by my opening paragraph. I think this is just warped American-centric thinking. A lot of people out here don’t really care whether a phone as Google apps or not. Even when they need to use Google Apps and services they can easily find alternatives, sideload the apps or just use third-party apps to access Google services. Only Americans and to a lesser extent, Western Europeans are so deeply offended by Huawei’s not having Google Apps.

Lessons from My phone

I have to confess that I don’t have a Huawei phone at the moment. I am currently using the Redmi 8 from Xiaomi which is also made by a Chinese company. Fortunately, Xiaomi has not yet been placed on the Entity List.This means my phone was not made by a company labouring under some ban. The phone, therefore, comes with all the Google services installed:

That’s it. Those are all the apps from Google. The thing though is that it goes beyond this list. Over the years, Google Services has expanded its reach in the Android Ecosystem to become more and more important and a lot of apps such as PayPal, Uber, Lyft, Telegram, WhatsApp etc will not work without it being installed on your phone. If you are lucky you will be able to use these apps with limited functionality.

Yes Google has been busy over the years. While Android was initially released as Open Source over the years Google has worked hard to replace critical opensource components with its proprietary offerings. Google services which was released back in 2012 has been the largest affront to Android’s openness. This, not as these clowns doing reviews suggest, is the real reason why Huawei is struggling.

Google Services is what Microsoft wanted .NET to be. A lot of programmers find it easy or even necessary to simply rely on this API instead of having to write their own low-level libraries. In fact, in official Android builds, sometimes it’s not even possible to access certain device functions without going through the API. Google has locked various functions ostensibly for security reasons.

For these apps to actually work one of three things have to happen:

Lots of people can live without Google Apps

It doesn’t look like it but if you sideload an app like microG or OpenGapps you won’t really need Google Services. For Zimbabweans, there might not even be a need to do this.

In fact, there are plenty of alternative services that you can use instead of official Google apps. Most of these Google apps can also be accessed in the browser although the user experience can be less than ideal.

As already pointed out above, you can live without Google. In fact people from a lot of countries probably won’t care either way. What US-based reviewers are saying needs to be taken with a sprinkle of scepticism.

These are the same people that have a World Series that only a handful of countries take part in, Football matches where the ball is handled at least half the time, where body temperature is 98.6 degrees, fuel is measured in gallons and people’s height in feet and inches. It’s a different world but the limited minds of those who live therein cannot conceive of a different world.

We live in a different world and while it is nice to have Google Apps if you are in Zimbabwe or indeed Africa you probably won’t mind that much if they are missing. It’s doubtful lots of Asians will mind either. The real bummer is the part about Google Services but the world will probably not end because you don’t have it installed as there are viable workarounds that can be easily carried out.

A matter of goats not apps

The real deal-breaker for most of us, would be the prices of Huawei flagships. The latest Mate Pro is selling for a price north of US$1 000. Now that’s a lot of cows. You need to sell at least four cows to get be able to buy this device. That’s a least 40 goats. A lot of goats for a device that eerr does not come with Google Apps if you ask me ;).

4 thoughts on “The Huawei story: Do you really need Google Apps on your phone?”