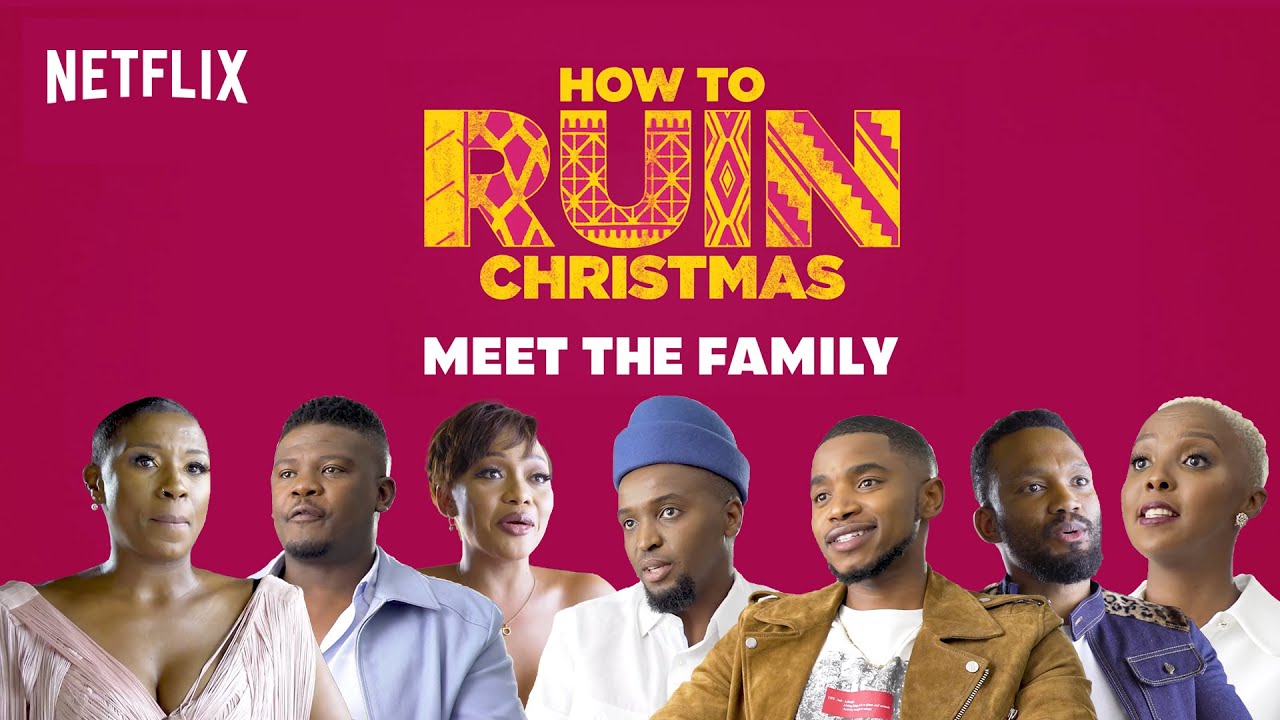 This year we saw a quite a number of South African productions coming to Netflix as originals. There was the attention-grabbing Queen Sono, exciting ones like Blood and Water and some muted ones like Diamond City. I am here to make a bold declaration, of all these, the recently released How To Ruin Christmas: The Wedding is easily the best.

Before you come for me with your pitchforks here is something you should know. While a lot of people like to troll their prospective employers by claiming on their CVs that their hobbies include movie and TV show watching, for me, it’s not a lie. I have watched pretty much any movie and TV Show produced in the past two decades. If I haven’t watched it then it’s probably not worth watching. This year alone I watched over one thousand episodes and over a hundred movies thanks to COVID. My judgement must therefore mean something.

It blows the competition out of water

How to ruin Christmas is a dark comedy that is full of twisted humour. While everyone ranted and raved about Queen Sono, I thought it was awful. The storyline was very un-African and a cheap condensation of Western productions such as Blindspot. I mean Queen Sono is just a weak adaptation of Blindspot if you ask me. Blindspot, in turn, is a coagulation of other more racier shows.

I stopped watching after episode 3 when the twists just got too much to bear. This was after braving the insults against Zimbabwe and listening to “Russians” who almost certainly don’t speak a word of “Russian”. Imagine my shock when Netflix renewed this. Fortunately we will be spared as Netflix later rescinded the renewal. Probably after seeing the amazing performance of cheaper but better productions like Blood and Water.

Then there was Kings of Jo’Burg which was released earlier this month. I was surprised to learn that this Shona Ferguson production drew mixed reactions from South Africa, Zimbabwe and other countries. The drama is just another reincarnation of The Queen their popular DStv telenovela. It should draw nothing but negative reviews.

The whole thing doesn’t even make sense, and as with all things the producers just had to feature in their own show ruining it in the process. The uptight Shona Fergusson cannot even kiss his co-star opting to fake-kiss instead. Never mind the character he is playing is a player. His wife who plays the mermaid is just as uptight even when she is playing a character that needs her to loosen up a bit. Fortunately, the mermaid hardly gets a chance to ruin this one as it gets little airplay.

Few TV shows do well when the producers double as the lead actors. Curtis Jackson ruined Power for me when he kept coming back from the dead. Kings of Jo’Burg also ended on a lazy note. It’s like a long winding Lukishin Bioskop production that owes it’s fame to the marketing muscle of its producers who are household names in Southern Africa.

Unlike all the above stories that were ripped from the West and grafted onto the African continent to create Frankenstein Monsters that should never see Season 2, Blood and Water is a truly South African story. Literally. The show is based on a well known South African story that is as true as it is improbable.

The acting in this one was equally refreshing. The show showcased new talent anchored by established celebrities such as Nasty C, actor Ka-Ncube and soundtracks from Sho Madjodzi. The show has a Nancy Drew flavour to it that can make it a drag during some bits but it soldiers on well until the end where we get a cliffhanger-an annoying one like the one we got in The Killing S01.

This would have easily won the best South African show on Netflix but they fluffed it. Instead of the baby being stolen by a desperate lonely mother we have a conspiracy. Look up the Zephany Nurse story if you wonder what I am rambling on about.

Why How to ruin Christmas is the best

How to ruin Christmas is a supremely confident South African production. It doesn’t try to pander to Americans by calling pathologists coroners as Diamond City does. It introduces the world to African culture without compromise and goes on to exploit elements of that culture to comedic effect. That mockery is topped with deference and respect.

The actors look like there were born to play their roles, the story was well filmed and edited without leaving any moments that will leave you feeling drowsy. The whole production feels like an extended movie with the story very serial in nature.

Despite lots of cynicism, there is a lot of uplifting content in there too and hope and love triumph in the end just like you always knew they would. That’s right, this is a predictable story-romantic productions are almost always like this. This show makes sure you are well entertained until the very end. The star of the show is a sheep named Succulent.

The only thing this show will ruin is that holiday boredom you are likely to get as most of us are likely to spend Christmas in smaller groups due to COVID-19. So go ahead and give it a try.

I loved How to ruin Christmas. It had me laughing out loud but also the odd tear.

Zibusiso Maphosa
a month ago

Blood and water was the end of it there..or there is still a new season to come?