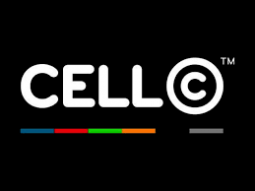 Okay, I tricked you there. Cell C isn’t actually shutting down as in winding down their business. The iconic South African mobile carrier has had its own share of troubles but they are still very much alive and continue to hold on to about 15% of the South African market. The company is now in the process of embarking on a daring journey in a bid to turnaround things. That’s where the shutting down part comes in.

Cell C is shutting down its Network radios (base stations) and moving its customers onto other networks including MTN and Vodacom. These two are juggernauts when it comes to capital investments and existing network infrastructure. They operate on a level that Cell C could never dream of matching as it struggles to service its debts.

The change however does not mean that Cell C will cease to exist. Instead, the company will keep its core network infrastructure which means they are not just a Mobile Virtual Network Operator there are somewhere in between. The company can still choose to add base stations in areas where they feel they need one but that will now be an exception rather than the norm.

Running base stations is an expensive business. There is the cost of the infrastructure itself including LTE radios that are fast going out of fashion these days like handbags. It means there is a shorter time to recoup your costs especially given Cell C’s rather smaller subscriber base compared to its rivals. By the time they manage to pay off the cost of 4G, bigger networks would have fully deployed 5G and will be well on their way to recoup the costs of that new infrastructure as well.

Then there are the overhead costs including maintenance fees, fuel due to load-shedding which is not as bad as our Zimbabwean ordeal last year but still costly, fees to landowners and licence fees to companies like Motorola. There is also an opportunity cost that comes with having outdated infrastructure: you lose subscribers or at best you don’t gain any market share which means your problems will persist as you are caught in a vicious cycle.

The wastefulness of capitalism

The world we live in is driven by capitalism (for the most part) and at the heart of everything is competition. Everyone is free to enter the market and compete with current providers, provided you have the capital muscle to overcome the barriers to entry into that sector. By and large, this has worked well including allowing us to have a choice between network providers. The competition also makes sure we pay fair prices and get products that are at least of acceptable quality.

The major drawback of capitalism is that there is a duplication of effort and ultimately a wastage of resources. This applies to base stations as well. Most base stations operate far below their capacity, especially in less populated areas. However, due to competition, all mobile network operators might feel the need to have their own individual base stations each with its own fibre back-haul even in those areas. Hundreds of thousands of dollars are wasted erecting several base stations where one or two would have sufficed. In addition, millions go to waste in maintenance and operating fees.

Sadly it’s a problem that still persists in this country although POTRAZ has fought to make sure that there is infrastructure sharing, especially in rural areas. The sharing framework is still in its infancy compared to South Africa for example where it’s more prevalent. Even more disheartening, the government seems more interested in the boardroom squabbles at NetOne than finalising Mobile Virtual Network Operator’s framework and issuing operating licences. Several interested entities have fallen by the way over the years, frustrated by the prohibitive administrative hurdles.

In comparison, South Africa has a very mature MVNO space. This is a budding industry with lots of established players including Virgin Mobile, FNB Connect, Afrihost and a number of others. Things are so good, Liquid Telecommunications announced they were introducing a 4G network in South Africa specifically aimed at providing services to roaming subscribers from other networks.

Telecel would benefit from a similarly drastic strategy

Like Cell C, Telecel isn’t exactly dead. They are in the doldrums. They might not admit it but the truth is they are simply struggling to keep up with the Capital Expenditure of the other two networks when it comes to things like network coverage and capacity. Nobody associates fast internet speeds with Telecel.

It’s such a shame, to be honest. The company has always been a pioneer of affordable competitions with their mega-deals that people actually get to enjoy as opposed to those other superfluous exploits of our venerable shepherds. I have often rummaged through drawers looking for that tiny SIM when things are tough and I need data bundles for when I am on the road. As soon as urban skylines disappear on the horizon Telecel just abandons you. Reminds me of my treacherous childhood dog Baster. That dog never loved hunting.

Becoming a super MVNO by joining hands with say NetOne might just be what Telecel needs in order to compete effectively with the two leading networks. They will no longer have to worry about raising scarce foreign currency to service international supplies and wait years to recoup their capital outlay. With better coverage and internet speeds Telecel might be able to lure more subscribers and capture more market share, something they have been struggling to do in recent years.

It will also be a win for those leasing out infrastructure, it means more revenue and eventually a shorter payback period. Telecel should indeed take a leaf from Cell C’s strategy book. It’s just what they need to sail out of the doldrums.

7 thoughts on “Cell C is shutting down, perhaps Telecel should be taking notes”