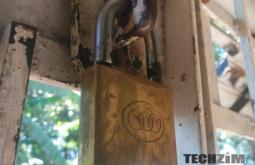 Today we began another month-long lockdown that might or might not be extended depending on our COVID-19 situation when that time comes. From what I can tell, the bulk of people are just sick of lockdowns. Don’t get me wrong almost everyone I know including myself supports the current lockdown. It’s just that I strongly object to some of the aspects of it.

Shooting from the hip

My biggest bone of contention is about how the government of Zimbabwe likes to craft and announce policies even ones that are profoundly life-changing at the speed of light. The relevant authorities like to shoot from the hip with little warning or, dare I say, little forethought. Somebody seems to wake up with a policy that came to them in a dream and proceeds to forcefully implement it.

It could be something so mundane as banning airtime and Styrofoam (kaylite), Netflix/Facebook tax or it could be something so big and shocking as flipping the internet switch or banning USD. Just as suddenly as it is introduced the policy is scrapped or amended a thousand times sometimes in a matter of hours.

The latest such creation is the documentation required to allow one to pass through lockdown checkpoints. Traditionally all one needed was an Identity card and a letter from their employer. That sounds reasonable and has also worked reasonably well.

Then somebody thought about it and decided to alter the rules and say people needed letters from their local Officer in charge as well. Before the sun went down on the eve of the last day before lockdown the rules had changed again. Now, one needs a letter issued by the Ministry of Industry and Commerce.

This announcement was made on the eve of the lockdown at approximately 17:00 hours. Leaving little time for companies that provide essential services to comply. How can companies in remote areas get in touch with the Ministry which is located in Harare? What procedures are to be followed in obtaining these letters?

Naturally, it is times like these when technology shines. It wouldn’t be so difficult if the Ministry of Industry and Commerce had a website or App that could be used to remotely apply for letters that could be downloaded in PDF format and given to employees. Better still the Ministry could just have an app with QR codes that security personnel could use to verify the authenticity of such letters. There might even be no need to print out such letters as essential personal with smartphones could be given electronic passes.

Instead like a yoyo the police went back and forth on the issue. Even I don’t know how this is supposed to work. I would not be surprised if most people at the Ministry of Industry and Commerce don’t know how it works too. This is how the government prefers it I suppose. Expect a bit of chaos at some checkpoints and essential service personnel failing to turn up for work.

Like a thousand times before the informal sector which is literary driving this economy was left in the cold. The government wasted no time in banning it from operating. Just like they have made budgets that do not favour it. Just like they have kept the kombi ban which cannot possibly be serving any purpose except to make people walk out of towns to illegal kombi points and pile in lorries making things worse.

In contrast, tourism was allowed to continue despite the significant risks associated with it. We are certain that international travel is to blame for the mess we are in but here we are. We can be sure if we continue down this route we will have both the British and South African strains in Zimbabwe if they are not already here.

The Finance Minister is on record boasting about his complex algorithm that was going to be used to distribute government support to the masses who need it. Multiple lock-downs have left scores of people in dire need of financial assistance as they face starvation.

To date, I do not know a single person who has received government assistance. The government’s lock-downs are compromised and do more harm than good if they do not come with much-needed support. You cannot ban kombis and the informal sector and not provide support and expect your lock-downs to work surely.

The last time we heard people were told that assistance would come through OneMoney and perhaps Ecocash. I know people who are facing starvation as we go into another lock-down and their Ecocash and OneMoney wallets are empty. The government’s rushed lock-down message is silent on this front just like always. How can we set money aside for a satellite when people are starving?

Tell that to the Luddites

Technology has been woefully ignored when it comes to the current coronavirus pandemic. While in other countries cellphone data is being used to conduct rigorous contact tracing including the sending of messages to people who came in close contact with positive cases, here it has been all about passively reporting statistics.

If contact tracing is being done then I have missed it. All I see every morning are dire stats showing deaths and positive cases. Who are these people? Where did they come from? Who was in contact with them? Where have they been to? Is the government providing free testing? Where? An app would be helpful. The little Joomla site the Ministry is running could do with improvements like this. A government app would be nice. I am sure there are developers out there who are willing to do this for free.

People are tired of staying in their pens

A lot of people are tired of being told to go to their pens and stay there without the government doing its part. This has exacerbated the current lockdown fatigue we feel. The informal sector and those living below the line need support. A little forethought would help in creating policies that are sensitive and don’t feel rushed.

Technology would help in the COVID battle currently it is being under-utilised. An app would have easily shown that thousands of people were gathered in one place at the New Year’s party in Mbare alerting the proper authorities. Technology and social media are like a knife. It’s a tool and a weapon depending on how you wield it.