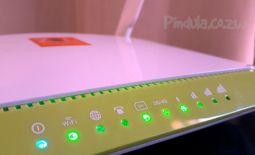 After a few days ZOL finally sent out engineers to my home to fix the issue. After some extensive tests they narrowed down the problem to an improperly set up antenna on my CPE. The pole used was too high and therefore affecting uploads. My WhatsApp problem seems fixed. You can read the original story below.

I have been a loyal ZOL Wibroniks user for the past two or so years, so I know the ins and outs of the service. Prior to that, I was a Wimax user for four years. In fact, the first time I got online was through ZOL dial-up back in 2008. So what comes next should not be construed as me hating on ZOL.

Now that I have gotten that out of the way it is time for my rant. ZOL has a WhatsApp problem that is ruining my social media life. Despite survivable speed test figures showing upload speeds as high as 3 Mbps, whenever I am on Wibroniks I cannot send WhatsApp text messages let alone images and videos.

I am not even talking about sending gargantuan files here. I am talking about normal everyday chats like sending a simple “OK” message to my friends and contacts or a simple thumbs-up emoji. It just hangs there for an eternity. Sometimes restarting the device works, sometimes it changes nothing.

Uploading status messages is something that I have since given up on. While it’s easy to search for a funny GIF using the inbuilt GIF search feature uploading this GIF is a nightmare. A lot of the time it takes an entire day for the GIF to be uploaded-if it gets uploaded at all. Short videos are something that I never do bother to upload anymore.

There are odd quirks to this bug too. Forwarding messages even large videos works flawlessly. This makes me suspect that WhatsApp uses some sort of algorithm that prevents duplicate files on their system. They probably generate a unique fingerprint for each file and whenever a user attempts to upload this file again they just send a copy instead of allowing the file to be uploaded again. In fact if I download and share a video from a group with another contact this works without a hassle most times.

Talking of odd, the problem never seems to affect the download side of the equation. I can download mammoth video files from chats without a problem. Viewing people’s status is not an issue at all. What makes the experience annoying is that you can actually see that “XXX is typing” message and yet your own texts are not being delivered. New messages appear in your inbox messing up the chat experience as your own responses are not yet delivered. This has led to me abusing the quote feature. I have to, in order to make sure that by the time my message gets delivered people know what I am talking about.

A few months ago I discovered that the pain of using WhatsApp on ZOL Wibroniks became significantly better when I turn on my VPN. The experience is much much improved. While uploading larger videos still doesn’t work, probably due to ZOL’s rubbish upload speeds, uploading images and texts works flawlessly. Texts are delivered quickly.

I have discovered that I need VPN turned on both on my laptop and phone if I want to use WhatsApp web. Otherwise if I only turn on VPN on my phone only WhatsApp web fails to connect to my phone and keeps loading and loading and attempting to connect.

Reading from a script

Remember me mentioning being a long time ZOL user? One thing I have learnt over the years is that you only need to call their support when you really need it. As a power user if I am calling support more often than not the problem can only be solved by a home visit or by the sort of access I don’t have. I try to solve my own problems and I am pretty good at it.

The trouble with ZOL’s support is that it was created for the average home and corporate customer. The people on the other end of the line make it clear they are reading from a script. They are so rigid in fact they don’t listen to what you have to say. Often when you get technical they get confused fast in my experience.

Usually, they begin by asking whether your modem is on or not. Really, would an off modem allow me to view people’s statuses? Next, you are asked to log into your CPE and mouth off the signal numbers followed by a speed test- https://fast.co.zw/ui is the site they like to use.

Using a ZOL owned server is useful in some cases for example trying to determine whether there is a problem between the customer’s connection and ZOL’s data centres/Base Station and exchanges. A good speed test here means there are probably no such issues.

Such a speed test would not help my case. While my upload speed is good enough there appears to be some issues with the way WhatsApp is being handled at ZOL. In fact, my colleague who is on Fibroniks used to complain about a similar issue a few years ago.

Enlightened as I am, I am not a network engineer I don’t know what the problem is but it’s one of those pesky issues that the ZOL support model doesn’t seem equipped to handle. In fact, some months ago I had another such shy little bug where if I attempted to access a Cloudflare site with Flexible SSL I would occasionally get a ERR_SSL_BAD_RECORD_MAC_ALERT error in Chrome and failed connection in Firefox.

Changing the MTU did not work either, it kept happening every couple of reloads. This meant that Cloudflare (which powers a good number of sites in Zimbabwe) was now a no go for me. Support was pretty useless when it came to solving this. The guy on the other end made it implied that site visits were something to be frowned on as they cost the company money. There is no way to catch such a bug except on-site.

Eventually, it went away on its own after Cloudflare said everything was working as it should on their end. Could it be the same issue now affecting WhatsApp? Just like now, using a VPN would clear up the error. Usually, the error means something is messing with your SSL connection. Since my side was clean I could only think of the system that ZOL uses to break net neutrality.

It’s all speculation on my part but I have a feeling my issues started when ZOL started giving free WhatsApp to customers on capped connections. The internet was designed to be neutral and I have often wondered how they are achieving that. There has to be a lot of slashing and hacking (swinging motion not the software kind).

Script kiddies often leverage such setups to get “free internet” by fooling the firewall on the other end into thinking the user is visiting WhatsApp when they are in fact doing something else. Ever since NetOne patched their system I have seen a lot of people advertising ZOL and TelOne free internet settings in Telegram groups set up for this purpose. Again speculating here. It could actually be something else entirely but one has to wonder…

In the meantime, I am resigned to my fate. Hopefully one-day soon during one of the many ZOL maintenance days an engineer will accidentally apply a patch that will fix the issue. Until that day comes it’s VPN or bundles for me.

5 thoughts on “[Updated] ZOL Wibroniks has an annoying WhatsApp problem”