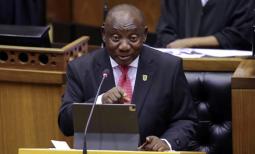 South African President Cyril Ramaphosa has announced that the country is ready to manufacture and sell Hydrogen Fuel technology. The announcement comes after over a decade of research and development South Africa undertook in Hydrogen Fuel.

This all came to light after President Ramaphosa responded to a debate on the State of the Nation Address in Parliament on Thursday.

His remarks are as follows:

“This work serves two important developmental objectives: it offers the possibility of a new, renewable source of energy while establishing new uses and new markets for the platinum group metals that are abundant in our country.”

“Hydrogen and fuel cell technologies, which use platinum, offer an alternative source of clean electricity, while hydrogen allows for energy to be stored and delivered in a usable form,”

President Ramaphosa also said that through the Hydrogen South Africa Strategy, the govt and it’s partners have successfully deployed fuel cells to provide electricity in schools and to field hospitals in response to the COVID-19 pandemic.

“Now, after a decade of investment, we are ready to move from research and development to manufacturing and commercialisation.

“We are establishing a Platinum Valley as an industrial cluster bringing various hydrogen applications in the country together to form an integrated hydrogen ecosystem.”

It’s hard not to stand back in awe and envy…

South Africa already has an impressive array of alternative and green fuel. This announcement made me look and wonder what we have been up to in the sphere of developments like these.

Those of a certain might remember the Jatropha biofuel craze that hit the country in the mid to late 2000s. Maybe I am living under a rock but I heard mention of it in a very long time. Whilst we were dabbling in that our neighbours were making concerted efforts in building an entire future industry…