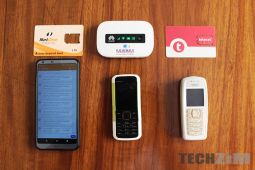 The Postal and Telecommunications Regulatory Authority of Zimbabwe (POTRAZ), today released the sector performance report for Q4 2020. In the report the combined revenue of the three MNOs (Econet, NetOne and Telecel) grew by 37.5%, from the ZWL$8.94 billion registered in Q3 2020 to the ZWL$12.3 billion in Q4 2020.

Most of the increase in revenue was made by an increase in mobile data’s contribution in Q4:

Mobile Data was the biggest mover in the 4th quarter of 2020 making a 3.4% increase in its contribution to MNO revenue. Voice still continues to dominate, however, web-based chat and voice services like WhatsApp increasing in popularity and necessity due to the pandemic might see data eclipse voice in the not too distant future.

However, the one spectre that has loomed over Econet, NetOne and Telecel has been operating costs inclusive of foreign currency losses.

Forex losses are still a big problem for the MNOs

Revenue might be up but when we look at the losses, especially those inclusive of foreign curreny. The picture becomes grim.

POTRAZ notes that staff costs, depreciation and bandwidth costs made up the bulk of operator costs. Some of those services have to sourced abroad in foreign currency.

This makes things particularly difficult for Econet, NetOne and Telecel because the majority of their services are priced in local currency. The revenue generated in local currency doesn’t come near the exchange rate losses made when they purchase goods and services abroad.

The POTRAZ report concluded by saying that capital expenditure by the MNOs was ZWL$74 794 610. Which is an improvement from the ZWL$9 777 634 which was invested in Q3 2020. The MNOs invested mainly in national transmission, computer hardware and software.