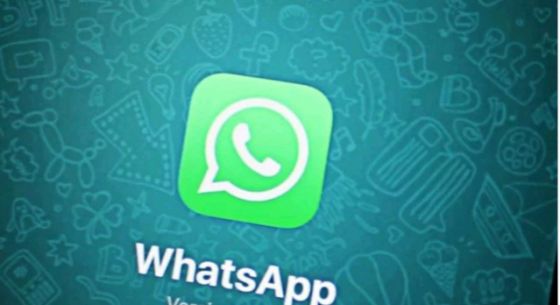 WhatsApp was down for about half an hour to an hour depending on who you talk to. The outage also affected Instagram as well and highlighted the need for Econet, NetOne and Telecel to roll out a unified (Telegram, Signal and WhatsApp) messaging app bundle for the following reasons.

WhatsApp is pretty much the internet in Zim

In Zimbabwe, WhatsApp is the internet and the local MNOs (Econet, NetOne and Telecel) created bundles for WhatsApp and other social media apps because they were popular.

The popularity of WhatsApp however far exceeds that of the social media sites/apps like Facebook, Twitter and Instagram. The biggest reason for this is that WhatsApp (dollar for dollar) is far cheaper than SMS and GSM calls as well doing what the ordinary Zimbabwean needs day-to-day. Anyone with a device that can run it (feature phones to smartphones) can chat and call with anyone for much less than the alternatives.

Comparing costs a WhatsApp call uses around 740 KB/minute according to a report by Android Authority. A GSM call on the other hand will set you back around ZWL$6.4175 per minute which if you look at the latest Econet data bundle prices is a dollar and some change more than a 4MB Daily WhatsApp bundle.

For the same amount, you can get a WhatsApp bundle and you can talk to far more people (via chat and call) than you would via GSM call. This relative affordability and convenience meant that Zimbabweans swarmed in their droves to WhatsApp.

These bundles made sure that you can use your data specifically for WhatsApp without it being used by any other app and it created a problem.

Zimbabwe is heavily dependant on WhatsApp. Even before the pandemic, WhatsApp was a gateway for business as well as regular communication. Informal traders (who make up a large portion of the economy) had a relatively cheap market place by way of groups and contacts to push their wares.

If you walk around now you’d be hard-pressed to find someone with a device that can run WhatsApp who says they don’t have or use it on their phone.

The outage exposed the need for options

The one thing I have harped on and on about is the need for the market to have options. In this case, it started when WhatsApp said that it was changing its Privacy Policy.

These changes meant that certain data, mainly from businesses using it for customer service purposes, would be shared with Facebook in an effort to monitise the platform.

WhatsApp can not read the contents of your chats because of end-to-end encryption. However, sharing information from WhatsApp whatever it may be goes against the privacy mantra the company said it stands for.

This policy then forced the privacy-conscious folk who can afford general data bundles and home Wi-Fi to migrate to Telegram and Signal. Both messaging services have seen a massive boom in users since WhatsApp announced that it would be sharing information with Facebook.

Privacy policy aside, the outage caused a gap in communication for those who can only afford a WhatsApp bundle. For about half an hour or more there were a lot of people who had no line of communication. If this seems like a trifle to you cast your mind back to 2019 when the government shut down the internet.

If you didn’t have the knowledge, couldn’t afford the data to download a VPN, and run an alternative like Telegram you were in the dark. GSM calls and SMS would have been an option but would have been used sparingly.

This outage was a microcosm of that event, but as with the internet shutdown, those who could afford an alternative weren’t really affected. An example of this were my own actions when WhatsApp went down. My knee-jerk reaction was to got Telegram and communicate there while WhatsApp got its house in order.

Not everyone has that option and this is why we need a unified Telegram, Signal and WhatsApp bundle.

Econet, NetOne and Telecel are either lazy or stubborn

There has been no reason or argument against a unified messaging app bundle from the MNOs. The need for one clearly arose when WhatsApp announced its privacy policy but instead of leading the market not one of the MNOs took the plunge.

Around that time my colleague wrote of what little effect the privacy policy will have on Zimbabweans because the majority don’t care. This is true because very few have actually read the policy and some even agreed to it without even thinking about it.

However, the WhatsApp outage caused a communication gap for a good number of Zimbabweans. Econet Telecel and NetOne no longer have any excuses for not testing out a unified messaging app bundle.

If they stay this course the MNOs are proving that they are out of touch with their consumers as well as being incapable of projecting the potential problems of having the country locked to one service.

Thank you for the update. We dont need a unified bundle, we need cheaper internet. Beside social media , there is elearning, ecommerce and working remotely. Elon Musk is trying to address this issue by offering Starlink. If we are to have bundles, let’s have a bundle to support local apps . Why should we have bundles for foreign apps and cant promote local apps or African apps.

The MNOs aren’t going to make cheap internet overnight because they themselves aren’t doing well financially. What we need is something to make up the difference while things get better (if they ever do).

Starlink is yet to register with POTRAZ as far as we know so it might be further down the line than is expected. Also it isn’t cheap US$500 to get the kit is a massive investment out of the gate. Down the line it will be cheaper month to month but that entry price is still a problem for the majority.

Local apps would be great but it would cut off communication with the wider world. Someone in Zambia for example would need to have a Zim app for you to communicate with him/her. This however doesn’t mean I don’t want them to do well. But until they do we will be relying on WhatsApp, Signal and Telegram for sometime.

As long as we only have WhatsApp and Facebook bundles we can forget about innovation. Cheaper internet will not result in MNOs making less but will make them make more as they can offer more services on top of the internet. Starlink is very cheap as compared to the current Vsat offering as well as fibre. Starlink promises speeds of up to 200 Mbps with no fair usage policy. In other countries you can get a 1Gbps for 20 USD. In Zim a 1GBPS will costs no less than 50k usd. Cheaper internet is what is needed.