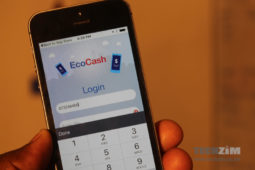 The Zimbabwe Republic Police (ZRP) has said that it has received a litany of complaints from people saying that they have lost money to an EcoCash WhatsApp scam. The reported figure for the money lost at present is said to be in the region of US$100 million.

In a report by The Herald, the people behind this are using stolen identities and are contacting friends and relatives of people they are impersonating in WhatsApp groups either asking for financial assistance or changing US dollars at above-market rates.

“So far, complainants across the country have lost around US$100 million and investigations are in progress. We have to do something to deal with the technical fraud once and for all”

List your products for free
Paul Nyathi, ZRP Assistant Commmisioner (via The Herald)

Its easy to see how this can be done, because for all intents and purposes those in the group will belive that they are helping out a friend or family memeber.

How they are doing this, as reported by the police, is through hijacking the person’s SIM and then, of course, jumping on that individuals WhatsApp account and then offering these forex deals. When a member of this WhatsApp group has sent them money via EcoCash, the imposter then disappears.

On the impersonated victim’s side, they will not know this is happening because if someone replaces your SIM, all you are left with is a dead phone line with no network. At this point, I can imagine, it would be difficult to seek assistance from Econet over the phone because you are effectively no longer registered.

The actual owner of the line might also assume that there is something going on with the network. We are all accustomed to network drops these days so they would be none the wiser.

According to the ZRP, a pensioner lost ZWL$29 000 after paying out to these criminals. Three more people in Bulawayo lost ZWL$30 000 after being promised to be given the equivalent in foriegn currency.

Worse still someone in Bindura reportedly lost ZWL$123 000 after being promised US$10 000 in return.

This racket was only found out, as earlier stated, when one of the victims of the impersonation (when asked) said that their phone had lost network and had no knowledge of the transactions.