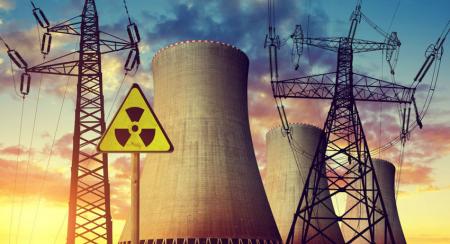 In a cabinet meeting held this Tuesday, Minister for Information, Monica Mutsvangwa said that the government is exploring the feasibility of nuclear energy as an alternative power source.

Cabinet considered and approved the Memorandum of Understanding between the Republic of Zimbabwe and the Russian Federation State Atomic Energy Corporation, which was presented by the Attorney-General on behalf of the chairman of the Cabinet Committee on Legislation.

The memorandum seeks to facilitate higher-level cooperation between the two countries in the use of nuclear energy, by laying a foundation for the execution of the agreed areas of cooperation.

… The anticipated cooperation in the use of nuclear energy for peaceful purposes will provide alternative sources of energy that Zimbabwe needs.

Nuclear Energy has been around for some time now and at first glance, this might look like an overreach by the government. The first thing that many would say is that Nuclear reactors are costly to build and maintain. This is of course true because according to Synapse Energy a conventional fusion reactor costs between US$6 billion to US$9 billion for a 1,100 MW plant.

This is of course far out of the reach of Zimbabwe because we have some serious problems to solve that would desperately need those funds. However, there have been innovations in the past decades that have made nuclear energy more feasible for a country like ours.

There are now Small Modular Reactors (SMR) on the market that cost a fraction of what a conventional plant goes for. An example is a company called NuScale Power which makes SMRs that cost about US$3 billion for a stack of 12.

Three billion is still a lot of money but its a hell of a lot cheaper than the alternative.

Should we expect nuclear energy in the near future?

I would say no, because from what the minister said this is just an exploratory mission. And if you have been around long enough you will know that memoranda of understanding (in Zimbabwe) are signed like they are going out of style.

Few ever reach a stage where something tangible arises. However, it is encouraging to see that the govt is looking at alternatives to conventional power generation on top of all the work that it has done to facilitate Independent Power Producers like Econet’s solar subsidiary Distributed Power Africa.

Hopefully, in these talks with the Russian Federation State Atomic Energy Corporation, there is mention of modular nuclear reactors. Because from all accounts they seem to be the go for most countries these days. Four Canadian provinces Alberta, Ontario, Saskatchewan and New Brunswick are all exploring the possibilities of SMRs.

Whatever they come to would be valuable information for Zimbabwe as it makes its first steps in Atomic Energy.

If you want to know more about Nuclear Energy, its applications, potential and existing problems if the technology was deployed in Zimbabwe. A couple of months ago we had a conversation with Simbarashe Mangena, a Nuclear Engineer from the Radiation Protection Authority of Zimbabwe (RPAZ).