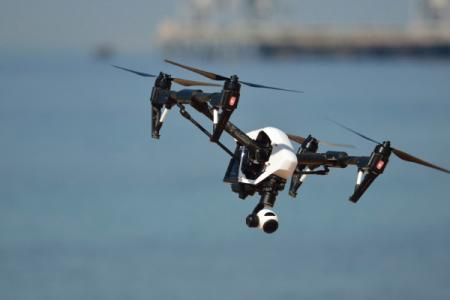 Last year the government announced that it was going to spend ZWL$100 million for the purchase of drones to combat illegal crossings and smuggling. This money was assigned to the Defense Ministry and according to reports, the drones had already been acquired. Fast forward to this year and there was a report in The Herald that said the govt, through the Zimbabwe Revenue Authority (ZIMRA), is going to spend an additional US$2 million to acquire drones and CCTV equipment to combat smugglers.

“ZIMRA will move with speed to procure drones worth an estimated US$2 million that will be used at all ports of entry to reduce smuggling and underhand deals. Plans are also at an advanced stage to place a CCTV camera system at border posts and strategic areas. The CCTV system will be linked to a loss control command centre at ZIMRA head office that will have sight of the footage live feed from the border post.”

The new investment is there to make sure that ZIMRA and govt agencies can monitor the 16 designated transit points as well as the 30 illegal entry points the authorities have identified.

Zimbabwe is losing quite a bit of money when it comes to smugglers. In a report from The Herald last year, the govt is losing close to US$1 billion annually. This is an issue that needs to be addressed, however, there was little mention in the report by The Herald of what came of the initial ZWL$100 million investment that was made by the government.

Surely an additional investment has to, in part, include the effectiveness of the first. If not then at the very least a progress report of sorts for the public to get a picture as to why the govt has made another investment into drones.

ECTS are electronic seals that are put on to cargo containers, box trucks, soft side trucks, tankers and other shipping vehicles. They transmit a signal to a control room showing the vehicle’s position from the point it was loaded.

The technology incorporates Radio Frequency Identification (RFID), Global Positioning Satellite (GPS) and General Packet Radio System (GPRS) to track cargo where ever it might be.

Electronic Cargo Tracking Systems improve security, prevents dumping of cargo in transit, gives operators the location of the vehicle and sends alerts whenever the seal is tampered with.

ZIMRA is currently using a system that was sourced from Malaysia however the govt wants to explore the possibility of using a locally produced system. Any potential local players will have to meet international best practice standards and accreditation in order to be considered.

To this method, there was a report on the effectiveness and viability of the systems. Last Year ZIMRA was able to seal just over 35 000 trucks which netted the authority US$1 million in sealing fees and US$217 000 from fines.

If you are curious about other use cases for drones, drone licencing and operation in Zimbabwe. Check out the conversation we had with Tawanda Chihambakwe, Zim’s Drone Expert and licenced pilot.