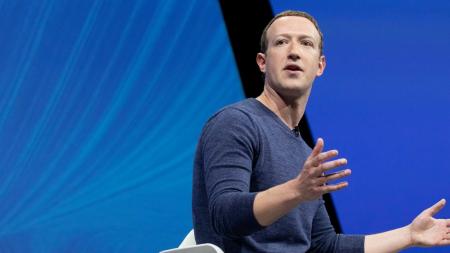 Facebook CEO Mark Zuckerberg’s phone number is among the 533 million user data leak that was reported over the weekend. In a report by Business Insider, multiple outlets stated that Zuckerberg’s location and Facebook user ID were also now on the hacking forum for all to see. The reports were “confirmed” by cybersecurity researcher, Dave Walker who tweeted:

Regarding the #FacebookLeak, of the 533M people in the leak – the irony is that Mark Zuckerberg is regrettably included in the leak as well.

If journalists are struggling to get a statement from @facebook, maybe just give him a call, from the tel in the leak? 📞😂@GazTheJourno pic.twitter.com/lrqlwzFMjU

Facebook’s other co-founders, Chris Hughes and Dustin Moskovitz are reportedly also among people who had their info leaked.

As we reported over the weekend the information that was made public was from 2019. So it’s likely that Facebook would have already alerted Zuckerberg that his information had been leaked and his contact details would have been quickly changed.

However, when pressed by Business Insider on the issue of Mark Zuckerberg’s personal information leaking. Facebook chimed the line about the information being old and that the issue was fixed in August 2019. The company didn’t respond to the part about Zuckerberg’s info.

Even though Facebook might say the issue is fixed, there is still information like dates of birth and full names that cybercriminals can still use to impersonate the 533 million users whose information is now on some hacker forum.

Sidenote, Mark Zuckerberg is on Signal?

Security researcher Dave Walker also made an interesting discovery. The number associated with Mark Zuckerberg, according to the Facebook user data that leaked, popped up on WhatsApp’s competitor Signal.

In another turn of events, Mark Zuckerberg also respects his own privacy, by using a chat app that has end-to-end encryption and isn't owned by @facebook

Make of that what you will…