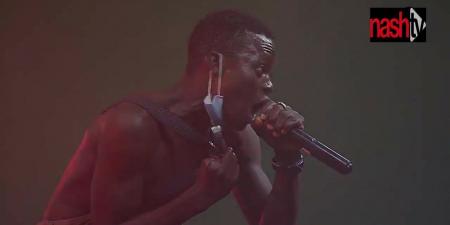 The popular online channel Nashtv went through the wringer over the weekend when an excerpt of contract terms with artists made its way on to social media. Now, this obviously raised alarm not only from the general public but most notably Alex Magaisa, UK-based lawyer and political commentator.

Here’s the part of the contract that made its way on to social media:

“Do hereby grant to Nash TV and its companies, associates, licenses, beneficiaries and give (collectively Nash Group) an unlimited, sub-licensable, transferable, irreversible, permanent, universal, royalty-free licence to my pictures, portrayal, likeness, voice and performance in any audio, visual or audio-visual recordings included, but is not limited to, digital images, video and audio . . .

“This licence includes the right to: publicly exhibit, perform, sell, lease, distribute (directly or indirectly), transmit or air the content by any means now identified or hereafter conceived.

“I relinquish all right, including any right of prior approval, and release Nash TV from, and all will not take legal action, sue or bring any proceedings against Nash TV for, any claim or cause of action, whether now recognised or unrecognised, for slander, copyright infringement and invasion of the rights to confidentiality, publicity or any similar matter, or based upon relating to the use and utilisation of the content,”

First is a tale of bravery

Before we begin to go over the contents of the excerpt we need to acknowledge the bravery of German-based promoter and arts Plot Mhako. Whatever the motivations were, stepping out with the contents of a confidential compact like this is extremely risky.

The legal implications of doing something like this are heavy because this is making public an agreement made in private between two parties. However, had this not come to light then we might not have seen the discourse we saw online about contracts and the impact they have on local artists.

Not everyone speaks “legalese”

The language in contracts is often loaded even if it’s just one word. This is especially difficult because not everyone is versed in legal speak to understand what they are signing off on.

From what we understand from the excerpt, Nashtv’s demands are quite extensive. According to the excerpt, if an artist signs this agreement with Nashtv, the former is entitled to unlimited rights to the content. On top of that it is down to Nashtv’s discretion of how it uses the content that it will be hosting.

Furthermore, the excerpt says that Nashtv has an unlimited, permanent, royalty-free and irreversible licence to the artist’s likeness and performances done under the brand.

Without going any further that to me looks like a hell of a lot to ask from artists. And with the way it is communicated, it’s hard not to see how someone can give away so much to a platform.

What I mean by that is, the Zimbabwean arts industry is a tough one to make it in let alone to make a substantial living from. Performers and artists starting out often take whatever opportunity comes to them because it at the very least means they have an income to speak of.

This is where they are often lulled into contracts that are grossly lopsided towards the content platform or the production company. In saying that it should be noted that Zimbabwe is not an outlier, events like these happen the world over and its something that has plauged the entertainement industry long before the advent of the digital communication.

Ok… but what did Nashtv say?

Well like any company that is in the eye of the storm, Nashtv released a lengthy response to the leak. In that statement which some have interpreted as an admission of guilt, Nashtv started off by saying that they are releasing the rights to all the Color Vibes videos to the artists should they want them.

“Due to the public outcry concerning some of our contracts with artists, we have taken it upon ourselves to release all the copyrights to Color Vibes videos, Hotspot Videos and Live Shows that we have done. Any artiste who recorded with us and wants to claim the copyright to their song, should feel free to do that.”

Going forward the company will craft contracts that don’t only protect the business but also the artists who will be approached or request to have their performances hosted on Nashtv.

The company also said in the statement that it is making its financials available for public scrutiny. Nashtv says that its intent was never driven by financial gain but to make the art industry a self-sufficient sector.

What I can say to that is that at least Nashtv took the flack and is now looking to make changes that are more agreeable. However, one company making the change doesn’t mean that it’s going to an industry standard.

What can artists do to protect themselves?

Like I mentioned earlier, not everyone undertands legal-speak and in the case of artists they might not have an entourage with a legal expert or the funds to consult with a lawyer.

However, there are organisations out there that can assist artists with legal aid and education. One such institution is the Legal Resources Foundation (LRF). The organisation was created to promote human rights and access to justice.

LRF’s target audience are those that cannot afford legal representation. In the case of musicians and artists, if they fall within the acceptable bounds of LRF’s requirements then the organisation can assist. The foundation offers, legal education, advocacy interventions on matters of public interest and public interest litigation.

So if you are a budding artist that is about to enter into an arrangement with a recording company or content platform and want to understand what you are getting into. You can find LRF’s contact details with the link here.