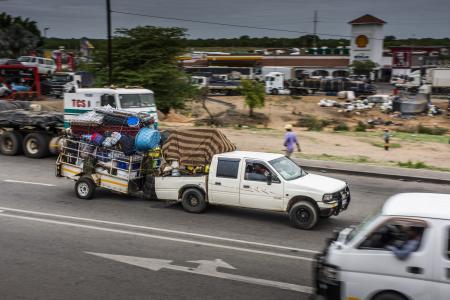 A runner or colloquially referred to as a “Malaicha” was arrested this week for operating without a Postal Licence.

On this date 6th of April 2021 around 1400 hours, upon receiving a tip off, Constables Nyanzou, Chiwabutsa and Mundezhaof Z.R.P Harare Licence Inspectorate accompanied me to attend.

At about 1745 hrs I visited the accused person’s office and discovered that he was collecting parcels from senders for delivery to addresses in Bulawayo.

Upon enquiry I discovered that the accused was offering Postal Services without a Postal Licence thereby Contravening Section 32 (2) of the Postal and Telecommunications Act [Chapter 12:05]

The accused had no legal right whatsoever to offer Postal services without a licence.

Now I am sure most of you have used or have heard of Malaichas/runners. They are a big part of the remittance and parcel delivery ecosystem in Zimbabwe albeit illegally. In 2016 it was estimated that a billion was being remitted through third parties like Malaichas.

In this case, the Runner (operating locally) was arrested for offering courier services without a Postal Services Licence. This, as stated in the police report, contravenes the Postal and Telecommunications Act which says in Section 32:

“Subject to this section, no person shall operate a postal service except in accordance with a postal licence.
Except as otherwise prescribed, a postal licence shall not authorise any person, other than the Corporation”

3 thoughts on “Runner/Malaicha arrested for operating without a licence”