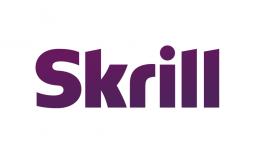 Some weeks ago, Skrill sent an email to Zimbabweans telling them to put their affairs in order as their days on the platform were numbered. The email said that Zimbabwean accounts on Skrill would be shut down on 20 April i.e. later this month. That was not a mistake.

Zimbabwean Skrill accounts will indeed be shut down on the 20th of April. No reasons were given for this drastic move but one can only speculate. It could be that the market is too small and Skrill just did want to run the risk of getting on the wrong side of financial regulators in the Western hemisphere by continuing to operate in a country where the profits didn’t justify the risk of say, a Department of Justice fine in the event that a sanctioned individual used their service.

So what was the mistake then?

A reminder on how this works:

1. Use Skrill to transact to any eligible Forex broker.

The text of the email sent by Skrill

Now the use of the April date was rather unfortunate. It seemed to imply to some desperate Zimbabweans, that maybe they had been given a reprieve and could use their Skrill accounts until April 27th 2021 as long as they participated in this promotion. A lot of Zimbabwean Skrill account holders already do forex trading so this seemed to make sense.

Unfortunately, there will be no stay of execution as some had mistakenly hoped. Zimbabwean accounts are getting shut down. There was a glitch that caused the email to be sent and if you read the text of the email with a clear mind you can tell this has to be a mistake. This is made even more glaring by the choice of currency used in the promotional email. Zimbabweans tend to use USD as their base currency inside Skrill and not the Euro.

The mistake was later confirmed by Skrill themselves

After a period of confusion, it seems a number of Zimbabweans reached out to Skrill and the company later sent out an email acknowledging the mistake. The latest email says that the mistake was caused by a technical malfunction of some sort on their marketing system. It was probably, a situation where the right hand didn’t know that the right hand was busy closing Skrill accounts for a certain tea-pot shaped country.

So no, Zimbabwean Skrill accounts don’t get to live beyond 20 April, soon the hangman will come for them.