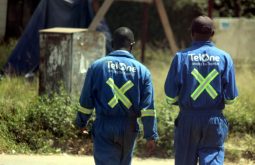 State-owned telecommunications provider TelOne is laying off 423 employees who have Grade 7 or ZJC (Zimbabwe Junior Certificate) as their highest qualification.

TelOne is transforming into a digital entity in line with its new strategic thrust. For this drive to succeed, relevant skills and qualifications emerged as the main driver of the company strategy. As such, individuals whose skills set were rendered redundant in line with global technological demands and digitalisation market trends are the ones who were affected. The affected individuals have Grade 7 and ZJC as their highest educational qualification

According to documents that were procured by New Zimbabwe, employees who were brought on as early as 2016 are going to be affected. TelOne reportedly asked those 423 employees (with only Grade 7 and ZJC) to upgrade their qualifications to at least O Levels.

A time frame as to when the request was issued and when it should have been completed was not given.

So… Why hire them in the first place?

The strange thing about all of this is that TelOne employed these people with the knowledge of their current qualifications. Worse still the capacity that the 423 employees are working in was not mentioned.

This raises the question as to why TelOne can decide to change its strategy overnight and not take responsibility for the employees that it took in. It makes little sense now to retrench over 400 employees who already know TelOne’s systems and organisational culture.

The only course of action that makes sense (at least to me) is to give those employees an exemption. Attaining O Levels when you already have a good idea of what you are supposed to be doing for a company is silly.

If there has been no instance of negligence or misconduct on the part of those employees, TelOne will be wasting valuable time and resources employing people the company will have to teach its own internal operations.

Communications Workers Union of Zimbabwe (CWUZ) secretary-general, Mbuso Jabane accused TelOne of foul play. He said that the exercise was not done procedurally as well as saying that the state-owned telecommunications company was suppressing salaries while only increasing allowances.

“That low basic salary is being used to calculate retrenchment packages. The payment must reflect the net value which the employee was being paid. The process is violating section 65 of the Constitution which guarantees the right to fair and safe labour practices.”

CWUZ is now challenging TelOne’s decision to retrench the workers and says (and I think quite rightly so) that they are finding it difficult to accept TelOne’s position.