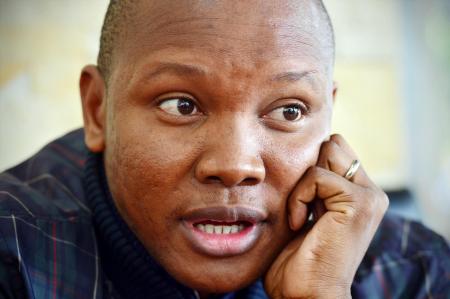 If you are like me, you probably haven’t heard of Nkosana Makate but you probably have used his invention many times. He is the man that came up with the “Please me concept” way back in 2001 or 2000 (accounts vary) and pitched the brilliant idea to his then-employer, Vodacom, who promised to compensate him but never did.

The concept of “call me backs” is a feat of marketing genius. If a user runs out of airtime, they can send an SMS message that says please call me to a specified number. The recipient then calls back, allowing the mobile network operator to make money in the process. It’s a call that would not otherwise have been made.

Versions of that idea have now been widely implemented by other network operators including here in Zimbabwe. All three operators: Econet, NetOne and Telecel allow you to use USSD to send a “Call me back”. It’s a service that has saved my stranded bacon on more occasions than I care to remember. Personally, though, I haven’t used the service in a while thanks to WhatsApp and its affordable bundles.

The difference here however, is that the plaintiff, who was an employee of Vodacom upon the time they pitched the idea, did not take it lying down. They embarked on a lengthy legal battle that has lasted for over a decade. Even more unusual is that the case actually went in their favour.

After multiple judgements, the case went all the way to the Constitutional Court of South Africa, which ruled in 2019 that the company must enter negotiations and determine a compensation amount due to Mr Makate. He wants an astounding R10 billion which is approximately US$687 million dollars. That’s a lot of money if you ask me but he is not budging. That is more than half a billion dollars!

Vodacom on it’s part offered him a pretty generous sum of R47 million which is approximately US$3.2 million at the time of writing this. It’s not a bad amount by any means and seems much more reasonable in my own opinion but I am not the aggrieved party here.

So how did the plaintiff arrive at the staggering figure? Well, he believes Vodacom generated an eye-popping R205 billion (that’s about US$14 billion) as a result of his idea-I told you this was a brilliant idea. He believes he is entitled to receive 5% of that revenue. The amount he wants includes this 5% and interest over the 18-year-old period during which Vodacom did not pay him anything.

The battle rages on

The battle is therefore far from over although one thing is already certain: Vodacom will be making a hefty bank transfer to Mr Makate no matter what happens. The Constituational Court has already ruled that the company’s agreement with Makate back when he was in their employ is bindng. It’s now a matter of how many zeroes now.