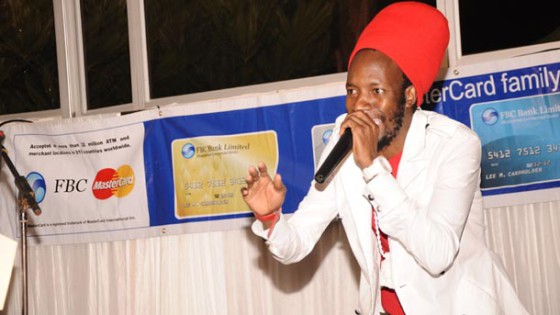 So… Winky D is suing Magamba TV for US$12,000 for copyright infringement after the network reproduced and played his song “Parliament”. The figure that Magamba TV is being sued for is split into two with US$8,000 for breaching copyright and the remainder (US$4,000) for loss of income. But before we go into what was done what was said and where the story is at. Let’s take a look at what copyright is.

Everything man-made has or had an owner

The dictionary definition of Copyright is “the exclusive and assignable legal right given to the originator for a fixed number of years, to print, publish, perform, film or record literary, artistic or musical material.”

In Zimbabwe, artistic property is protected by the Copyright and Neighbouring Rights Act [Chapter 26:05]. The law is there to ensure that when someone creates a piece of art, like music in this case, they have the right to its distribution, reproduction (CDs), broadcast and use in commercial endeavours.

So if you create a piece of art or music and someone wants to use it for certain purposes they have to seek you out to get your approval for it. Well, that’s if you have registered your intellectual property.

This is why, if you have spent any length of time on YouTube, you’ll know that creators rarely ever play copyrighted music because they are likely to get a copyright strike.

In YouTube’s case, this is the DMCA (Digital Millennium Copyright Act) which my colleague wrote about a couple of days ago when he was going over Udemy flagging Techzim for copyright infringement when we were just hyping up their service.

But essentially DMCA and the Copyright and Neighbouring Rights Act do the same thing but one is local to Zim and the other affects the internet as a whole. At this juncture, I am not sure if Zimbabwe has followed (or is planning to follow) the example the United States set in 2000 when it incorporated the DMCA into its native Copyright Act. If not this is something that we might want to do even if it might seem redundant. The point would be to ensure that no one can find a loophole to get away with copyright infringement of digital content.

On that note, it’s worth mentioning that there are exceptions to copyright laws especially on the internet. For example if you are a music reviewer you can play copyrighted music if you are adding commentary to it. We saw something of this nature when US-based YouTuber That Fire LA reacted to Jah Master’s “Hello Mwari”.

That Fire LA’s use of the content posted on NashTV falls under Fair Use. This means that a content creator can use your copyrighted work if they, as previously mentioned, are adding commentary. But Fair Use extends to more than that, it also includes, criticism, news reporting, research, or for teaching purposes.

Winky D’s case is two-fold. On top of using his work without express permission and compensation, the Zim dancehall legend also noted that the use of his music aligned him to a political agenda that he nor his music should be identified with.

“The offending work was socio-political video which was accompanied by and contained a reproduction of the original work.”

The first case is pretty straightforward, if you want use of my art then pay up. Winky D currently only licences his music to Vigilance Music, so if Magamba Network wanted to use his work they could have approached either party to seek approval and terms.

Component number two is less so but thankfully is covered in the Copyright and Neighbouring Rights Act.

In section 64 of the Copyright Act it says the following:

In this section – “derogatory treatment”, in relation to a work, means any alteration, modification or adaptation of a work which amounts to distortion or mutilation of the work or is otherwise prejudicial to the honour or reputation of its author or director.
(2) Subject to this Part, the author of a literary, musical or artistic work, and the director of an audio-visual work, has the right, for so long as copyright subsists in the work, not to have a derogatory treatment of his work published commercially, performed or shown in public, broadcast or included in a cable programme service

Connecting the dots here we can see that there are grounds for Winky D to go after Magamba Network for how they used his work. I am sure that had Magamba approached Winky or Vigilance Music, they would have been turned down. But the point here is that they should have been given the right to do so.

It will be interesting to see how this all unfolds

The case is still pending so we will have to wait to see what the court says. As it stands Winky D, I think, has a very strong case. However, how the issue will be settled, concerning the amounts etc might be down to the judge’s discretion.

Does this derogatory bit mean we have no equivalent of fair use for parody, commentary or critique?

Some of these things should be left to lawyers to comment on. I highly doubt everything is a nearly obvious/straightforward as stated.

Not entirely straightforwad yes but from what we are seeing there are laws and parallels that can’t be drawn.

If the resources are there that can help us better inderstand the situation then let’s do it, We can then always add on to that when legal experts speak on the matter.