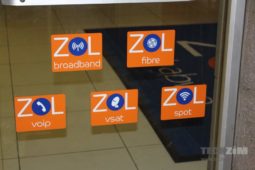 Yesterday Liquid Intelligent Technologies held a press event in Zimbabwe announcing the direction the company would be taking after it moved from the name Liquid Telecom. In the presentation, the regional CEO for Southern Africa, Wellington Makamure introduced Liquid’s new internal structure as well the company’s new focus which is on creating products specific to its existing and potential clients. One of the biggest revelations from Liquid’s presentation concerned ZOL being rebranded and taking the name Liquid Home.

If you’ve been around the ISP (internet service provider) space for a while you’ll know that rumours have been swirling for some time that ZOL might get rebranded after the ISP was acquired by Liquid in 2012. Now, there wasn’t much to go on in the past because it was mostly hearsay and speculation but yesterday provided something more concrete.

In the question and answer segment of Liquid’s presentation, I asked Mr Makamure if ZOL being under Liquid Home was just an internal designation or the local ISP was going to be rebranded and will at some point become Liquid Home. To this, he said that ZOL would indeed be getting a name change as part of the Liquid Intelligent Technologies brand shift.

Now, when this will happen is entirely up in the air but it at the very least puts to bed the rumours that ZOL is going to be given a refresh. In saying that I should also mention that this will not affect the pricing structure of ZOL’s current services.

What we can hope for though, is that the customer-focused shift permeates to ZOL as well, and we can see a greater variety of internet packages for the various demographics in Zimbabwe.