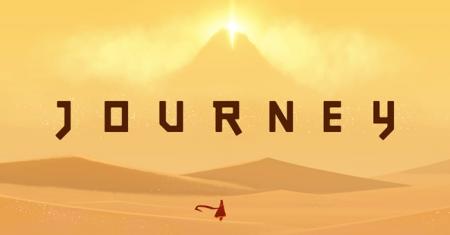 Journey is unlike any other game I’ve ever played. For starters, in my first playthrough, I completed the game in under 2 hours. Though that’s shorter than most experiences, the game is still one of the most powerful and moving titles I’ve gone through…

In this video I’m going to touch on a few things that make this game so exceptional and different.

Intentional design is a process in which the consumers’ interactions with a product or service are considered at each point of the design process. This is one of the areas in which Journey excels at!

Firstly, the game has no mini-map. Whilst that plays into the minimalist nature of the game the reason this was done was in fact to ensure players aren’t distracted. No maps means no markers or arrows that divert your focus from the game world. Instead, players focus on environmental hints from the world to advance. The first hint you get is the mountain and immediately you know that’s where you have to go! It’s not clear how long it will take you to get there or what will be in your way but you know for a fact that’s where you have to go.

In 2013 at the Games Developer Conference, Jenova Chen said the following, “Our goal was to forget about the material things and remember we are human.” A great piece of intentional design that captures this statement is your character. Your character has no arms – because the designers of the game felt that giving them arms would make players think they can grab objects or pick up weapons. Your characters limitations and the simplistic in-game mechanics make it very clear that there are things you can’t do and that’s all by design.

The level design of Journey mimics the 3 act structure of storytelling.  This is a model used in narrative fiction that divides a story into three parts, often called the Setup, the Confrontation, and the Resolution.

In Journey you follow a similar path with the desert level where you get to grips with controls acting as the setup, the darker scary levels being the confrontation and then the mountain and ascension levels acting as resolutions. Not only does the game follow this structure narratively but the levels are designed to physically  mimic this structure which is why you end up with a game that looks something like this:

Beyond the intentional design, Journey has a multiplayer experience like no other. I don’t normally associate feelings like compassion with multiplayer but Journey manages to capture just that.

Many multiplayer games require you to collaborate and work as a team to achieve a goal but it rarely feels like that in actuality. Instead what you get is a lot of infighting, frustration and pointing fingers.

Journey sought to avoid that and employed a number of mechanics that help the game achieve this.

1st – There’s no voice chat in journey – this is to encourage players in the game to communicate in less confrontational ways. Anyone who has played games like Call of Duty, Fortnite or Apex Legends will know first hand how rare it is to come across considerate players. I play a lot of Apex Legends but I rarely turn on the mic because I don’t want to be made fun of for minor mistakes. Journey worked around this by implementing an in-game language which became an iconic part of the game.

I enjoyed trying to interpret another player’s musical pings.

Voice chat was also scrapped  because it would have taken away from the soundtrack of the game and reduced immersion. A toxic, less immersive game might have not captured the imagination the way Journey did.

Writing conclusions to video essays is quite difficult for me. In the case of Journey it’s a game that can mean different things to different players. To illustrate this, I’m going to read a letter written to ThatGameCompany by one of the players of the game back in 2013…