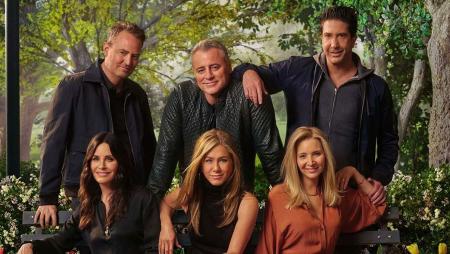 It has finally happened, the Friends Reunion special is coming out tomorrow. Fans of the show, which include me, have been clamouring for something like this for a long time. But if you are a Zimbabwean there is always the question of how you are going to watch it. I mean other than doing it the illegal way and going to ThePiratebay.

A show that defined the 90s

The TV series has always held a special place in my heart. It was one of the trademark T.V shows of the 1990s and the show that helped perfect my English. ZBC TV, back when they were still an entertainment channel used to show episodes of the show and I could never get enough. I didn’t even mind the fact that sometimes I would miss episodes and have to watch out of order. It’s one of the few things I remember about the 1990s and probably the only US show I remember. The only thing I recall about The Fresh Prince of Bel-Air is that Will Smith had really big ears and nothing else.

The 90s were simpler times both in Zimbabwe and in other countries. This was before 9/11 and TV producers had little material to work with. Most action TV shows included parody and stereotypical portrayals of Russians running around with nuclear bombs. It was either that or serial killers. The producers of Friends pitched a feel-good show to NBC, the network obliged and the rest as they say is history. The show was an instant hit.

It’s not surprising therefore that the first thing I did as soon as I had fast internet and Netflix was to binge-watch the entire Friends series on Netflix. The Show is still very popular on the platform where millennials like me watch it in droves. Whenever I am feeling down I sometimes snack on one of the feel-good episodes. It’s either that or a few episodes of Modern Family.

Where to watch the special

Before we get to that I feel the need to explain that unless you have watched and loved Friends there is no point in you watching the special. It’s not a separate episode rather it’s a special where the cast gets to sit down and reminisce about the show. They also get to reenact some special well-known scenes. The show special will also feature special guests who appeared in the show during its run period.

The special was produced by HBO Max will be available on the platform tomorrow. There are a couple of people with HBO Max who use VPN/SmartDNS in Zimbabwe but the bulk of you can watch the special either:

Why is the show not being shown tomorrow or the day after that as is the norm with Straight from the US shows on DStv is beyond me. But honestly, I don’t think this is not a big deal. While it’s highly anticipated this isn’t some episode of Game of Thrones episode that people cannot wait to get ahold of. Most people won’t mind waiting.