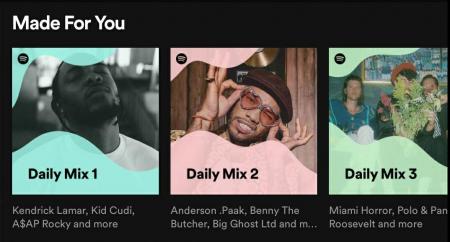 I have a confession to make, several years ago when musicians led by Jay Z said they were going to be forming their own music platform called Tidal I rolled my eyes in disgust. The renegade band of signups was led by the ever vocal Taylor Swift who has always been a vocal critic of Spotify claiming it doesn’t pay fairly.

These guys are already rich and I thought they were spoiled brats who were just yearning for a pre-streaming world when they would make millions selling overpriced albums in the last century and early millennia music bars and stores. Little did I know.

The pittance that Spotify pays

In a recent article, the renowned Economist published some remuneration numbers from Spotify and they make for such sad reading I feel the need to apologise publicly for every berating artists for demanding what was due to them.

The above infographic was compiled using data from 2020 obtained from Spotify themselves. The platform doesn’t say how many artists or musicians are on its platform although they reveal that they have about 1.2 million artists who received at least 1000 listens.

Of these only 15% or about 185 000 received US$1 000 in royalties. That’s US$1 000 for the whole year which means the rest of the artists earned less than US$80 per month from Spotify and in most instances far less than this. This is even less than what our faceless underpaid civil servants earn.

Only about 870 musicians earned a million or more in royalties from the streaming platform. So if you want to get into music so you can be rich Spotify probably isn’t the platform you would be making your millions off of.

All these numbers were released by Spotify themselves in a bid to address the widely held perception that the platform undervalues the work of artists. To fight these claims Spotify created a subsite called Loud and Clear in a bid to try and make people understand. I don’t think they have achieved their goal.

Strangely enough, the platform says they paid US$23 billion in royalties in 2020. Now that’s a lot of money by any means. So where did all that money go? One answer could be that the soulless record companies that own the actual copyrights to songs are actually keeping a big chunk of that revenue. In which case the whole thing might not be Spotify’s fault.

The picture is even far less rosy for local artists. Spotify recently became available to Zimbabwe and based on news on social media, local artists have seen an uptick in listens and monthly listeners. All this increase in interest will probably just result in a minuscule increase in revenue for these artists.

As much as they hate it, the only reason they will end up joining or uploading to Spotify is exposure and publicity. They will have to find a way to make money that doesn’t involve the platform. Artists have made thousands in the past by using WhatsApp to sell their music directly.

Again, next time you hear artists crying about how streaming is bad for business you should empathise with them. I must point out in closing that YouTube offers much better returns than Spotify. You can actually make much more money from Adsense compared to the pittance you get in royalties.