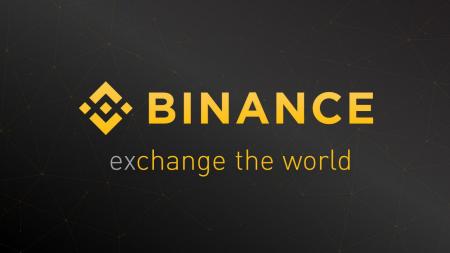 A number of Zimbabweans have revealed on social media that their Binance and/or Coinbase accounts were recently restricted. They were then asked to withdraw their funds to other wallets or risk losing them. After that their accounts were permanently deactivated. In all instances their offence seems to have been that they are Zimbabwe.

One user shared a screenshot of a message they received from Binance:

Being Zimbabwean generally means being a second class citizen when it comes to the international finance world. Very few platforms will onboard you if you mention you are from Zimbabwe. The bulk of them will shut the door firmly in your face and tell you no Zimbabweans are allowed. Skrill the only platform that seemed happy to see us has now joined the rest of them.

While cryptocurrencies are driven by the ideology that everyone is welcome and do not make use of government-controlled platforms to move funds they still have a weak link. For you to have cryptocurrency to spend and trade with you need to exchange your real fiat money for cryptocurrency. That usually means joining some exchange in order for you to be able to do this and as far as crypto exchanges go Binance and Coinbase are up there.

Despite the democratic nature of crypto-currencies the fact that you need real money to get cryptocurrency is a weak link in the chain. Governments who loath cryptocurrencies just go after the exchanges that facilitate the conversion of real money to cryptocurrencies. They just control these exchanges and usually, that’s enough. Take for example what the RBZ did to Golix which was on its way to stardom. With one stroke of the pen, they neutered it and send it to ghostland.

For some reason Binance and now it seems Coinbase too do not welcome Zimbabweans onto their platform. Some have claimed that this is because these exchanges do not have agreements with the Reserve Bank of Zimbabwe but that is just stuff that comes out of the rear end of a bull. Binance and Coinbase welcome people so many countries it’s almost certain they do not have an understanding with each of these countries central banks.

The United States holds sizeable sway when it comes to international payments. That comes from them being the de facto leaders of the Society for Worldwide Interbank Financial Telecommunication (SWIFT) and their US dollar being the preferred currency for international settlements. It’s the sort of leverage they bring to bear when sanctioning entire countries and individuals they don’t like.

The fines are pretty steep:

Let me put it to you this way. Even the EU is wary of US sanctions which is why Iran remain isolated even though the EU is willing to come to its aid over the nuclear deal. If the second biggest economy in the world doesn’t want to run afoul of sanctions what hope do little crypto exchanges have?

An exercise in laziness

The laziest and easiest way to comply with OFAC restrictions is a blanket ban. This way you don’t have to worry about policing your database to make sure sanctioned individuals are using your services. You don’t have to worry whether one of those funny-sounding names is actually the sanctioned individual or just someone else who has the same name and surname. As a funny aside, even the US’s own lists used at airports to screen terrorists are no perfect. Often the innocent get caught in the dragnet. Nelson Mandela the paragon of heroism himself was on the US sanctions list taking off the list took decades.

It must be noted that when it comes to these blanket bans, third world countries tend to be on the receiving end. It’s not hard to understand why. The exchanges consider the potential money that is likely to be made in these countries and reason that the cost of policing their services is not worth the risk that they might be caught servicing a sanctioned individuals and have to pay a fine. So in that regard, Zimbabwe joins countries like Afghanistan and Sudan on the naughty list.

It’s not clear how the individuals who are complaining on social media managed to get Binance Accounts in the first place. As already mentioned Binance and other exchanges make it clear from the beginning that if you are Zimbabwean you are not welcome. Some Zimbabweans try to go around these blocks by using South African addresses.

The thing is, these days VPNs aren’t as good as they used to when it comes to protecting your identity. A lot of Fintechs now make use of third party APIs that can identify an IP as belonging to a VPN. Most will limit what you can do if you use VPN.